Get revenge on them for their murderous defeats (failed).

He was voiced by Roger Craig Smith.

Garrett Jr. first took the form of a full-grown man with full facial hair and sunglasses, later revealing his true form to be a floating, regular-sized head. After his father appeared, they both sprouted arms and legs, but no torso. While he was using a body, he wore a white suit and a red tie.

In the episode, he forcefully takes the park from the staff and erases all their memories, except Mordecai and Rigby, who escaped in a time machine. After the two return the memories of the park staff, he has Benson and his men capture them and bury them neck-down in cement in front of the end of the highway. Mordecai asked if it's about beating his father's record, but G.B.F. Jr. said it was about blowing him up. Near the episode's climax, he reveals that he wanted to build the highway as a portal to the underworld so he can free all of the park staff's enemies, including his father, to get revenge.

At the end of the episode, Benson finally regains his memories and signs the document and the gang think they have won. However, G.B.F. Jr. points out that there is one missing employee - Thomas, who started work the day he took over. G.B.F. Jr. threatens to shoot Thomas unless Mordecai hands over the document - Mordecai gives G.B.F. a folder, and Thomas is kicked over the edge of the freeway ramp. However, Benson is able to swoop down and save Thomas, while Mordecai and Rigby reveal that they'd make a last-minute switch to the document folder, meaning that Thomas is able to sign the document and save the park at the last minute. This causes the portal to suck all the villains back in.

G.B.F. Jr., having originally made his father proud, now hears how disappointed G.B.F. is in him. G.B.F explodes, and a distraught G.B.F. Jr. follows soon after. 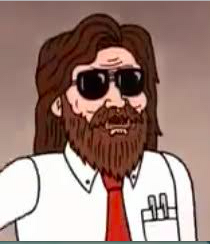 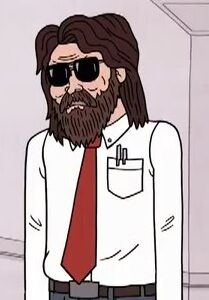 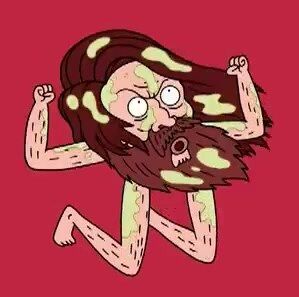 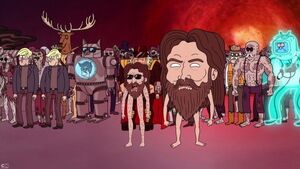 Retrieved from "https://villains.fandom.com/wiki/Garrett_Bobby_Ferguson_Jr.?oldid=4208804"
Community content is available under CC-BY-SA unless otherwise noted.