Garuda (ガルダ) is a playable secret character and a boss from the Street Fighter EX series. A demon dressed in samurai like armor wearing a skeletal mask which can make thorns appear from every part of his body, he seeks to fight all the warriors who utilize the power of the Satsui no Hado.

As the demonic embodiment of all that is Satsui no Hado, he awoken when Akuma and Kairi were fighting using the power of the Satsui no Hado, when he arrived he fought with Akuma and left the battle, stating that he is no longer interested to fight with him.

He later fought with M. Bison and sensed a different type of the Satsui no Hado power coming from Kairi, distracted Bison used the Psycho Crusher on him but Garuda dodged the attack and fused with the souls of his Soukon Dan attack becoming Shin Garuda, he quickly defeated Bison and went to fight with Kairi.

When he confronted Kairi, he realized that he twisted the power of Satsui no Hado into a force for life as opposed to a force for death, he challenged and fought with Kairi with the intent of killing him, however he was destroyed by Kairi Shouki Hatsudou attack. 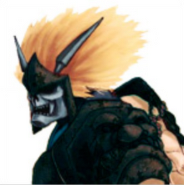 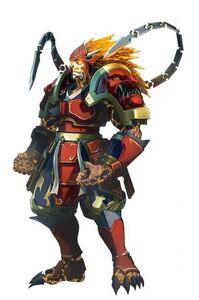