Taking supplies from different countries and take them to his Storehouses.

Gaspar Gomez is the secondary antagonist in the game Scarface: The World Is Yours. He is a Mexican drug lord, leader of the Gomez Cartel, and the rival of Tony Montana. He is only mentioned by name in the original film Scarface, but is one of the main antagonists in the game.

He was portrayed by Robert Vandenberg in the 1983 film. In the video game Scarface: The World Is Yours, he was voiced by Cheech Marin, who also voiced Banzai in The Lion King.

Three months after Alejandro Sosa's attack on Tony's mansion, Gomez's drug cartel has become the most powerful cartel in Miami due to his affiliation with Sosa, dominating South and North Beach. Tony attacked Gomez's penthouse, killed his head of security, and stole his laundered money, therefore provoking him into going to war with Tony.

After Tony had eliminated the Diaz brothers, and Nacho Contreras, Gomez was next on his hit list. Tony succeeded in expanding his empire into both South and North Beach, leaving Gomez's gang severely weakened. Gomez held a meeting with Sosa and George Sheffield regarding Tony at Sosa's mansion in Bolivia. However, Tony began his one-man attack on the mansion.

After killing Sheffield and Sosa's men backing him up, Tony uses his bazooka, destroys the gate, moves inside Sosa's house and confronts Gomez and his bodyguards. The mortally wounded Gomez tries to crawl away, but eventually succumbs to his injuries and dies. 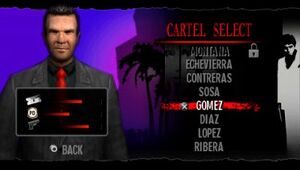 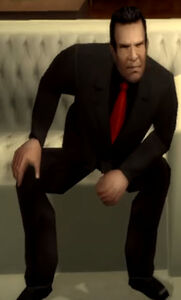 Gaspar on his sofa. 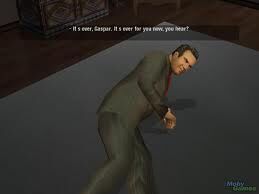