Shotgun with a pop Rocket

The Gearhead Boss is the Leader of the Gearhead clan bandit and a boss featured in RAGE.

The Boss uses a reddish version of one of the standard Gearhead models armor black with red Light Red Overall uniform Red Costume wielding helmet when fight You can Hear a Foot Step of boss like a Robo Stomp.

Decked in a red armored suit, he leads the Gearheads across the Wasteland and rarely enters combat. He carries a shotgun with rounds similar to the Pop Rockets ammunition, making him very dangerous. 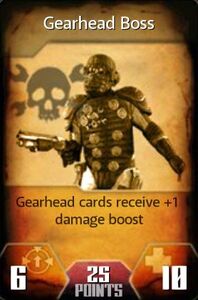 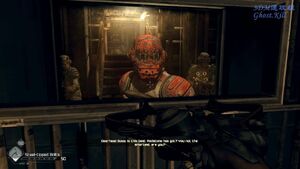 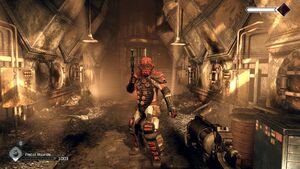 Add a photo to this gallery
Retrieved from "https://villains.fandom.com/wiki/Gearhead_Jet_Boss?oldid=3536694"
Community content is available under CC-BY-SA unless otherwise noted.