Somewhere in the Amazon Jungle

Geddon is an evil organization whose members feed on human blood and the main antagonists for the first half of Kamen Rider Amazon. They were originally based in the Amazon before moving to Japan.

The Geddon organization was formed in the jungles of the Amazon, coming to Japan to pursue Amazon as they need the Gigi Bracelet to enable its leader Gorgos to rule the world. 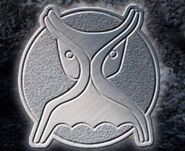 Geddon concept (Written in Japanese)
Add a photo to this gallery

Retrieved from "https://villains.fandom.com/wiki/Geddon?oldid=3221602"
Community content is available under CC-BY-SA unless otherwise noted.