Mongers
Geddon is an evil organization originating from the Amazon Rainforest whose members feed on human blood and the main antagonists for the first half of Kamen Rider Amazon. They were originally based in the Amazon before moving to Japan. They seek the Gigi Bracelet to enable their leader Gorgos to rule the world.

The Geddon organization was formed in the jungles of the Amazon. They sought out the GiGi and GaGa Armlets, which granted immense power for their wearer when combined, for their leader Gorgos so they could be used for world domination. Already in possession of the GaGa Armlet, Gorgos attacked an Amazonian village for the GiGi Armlet but the elder of the village, Bagow, gave the Armlet to a Japanese youth named Daisuke Yamamoto, who managed to elude Gorgos. With the power to transform into Kamen Rider Amazon because of the power of the Armlet, Amazon traveled to Japan to convene with a colleague of Bagow's there. Geddon would also come to Japan to pursue Amazon and claim the GiGi Armlet from him.

Geddon was dealt a crippling blow when Amazon uncovered their secret base in Japan after secretly following a Red Follower to it. With his main base destroyed, Gorgos was forced to move Geddon to one of their holdouts. He later went on a final rampage through a nearby city to claim the GiGi Armlet from Amazon. Geddon was destroyed when Gorgos was finished off by Amazon, with the Garanda Empire claiming the GaGa Armlet from Gorgos' cut off arm and taking Geddon's place in terrorizing Japan.

The Red Followers are the main staff of Geddon, serving as its scouts and combatants. They are all female and are ranked above the Beastmen, reporting directly to Gorgos and act as his attendants. They are also responsible for operating Geddon's machinery, including their devices to extract blood from humans.

The Scientists of Geddon are responsible for performing the remodeling surgery on human subjects to create Beastmen. Unlike the Red Followers they are all male. They were only seen in episode 12, where they remodel a serial killer into the Ant Beastman.

The Beastmen are the field agents of Geddon. They are humanoid monsters based on a variety of animals. While some are created wholly by Gorgos, others are remodeled from human subjects by Geddon's scientists. They are used on missions to gather human subjects for Geddon or to claim the GiGi Armlet so Geddon can combine it with the GaGa Armlet to take over the world. They were prone to being cruelly executed by Gorgos for failing. 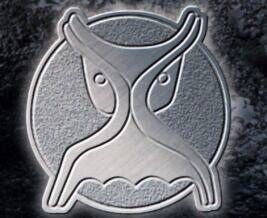 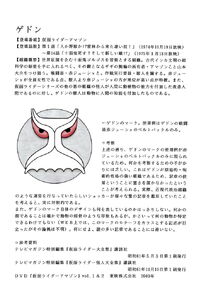 Geddon concept (Written in Japanese)
Add a photo to this gallery

Retrieved from "https://villains.fandom.com/wiki/Geddon?oldid=4134459"
Community content is available under CC-BY-SA unless otherwise noted.