The Geese are major antagonists in Regular Show. They are a foursome of Canadian Geese who seek nothing more than to claim the Park as their own personal territory and the archenemies of the Baby Ducks.

One of the baby ducks told the geese leave, but they refused. The geese then transform in a geese robot form while the ducks transform into Eagle Man. They battle each other. After a while of battling, the ducks get extremely hurt. They then tell Mordecai and Rigby to fist pump. Their Eagle Man form upgrades and then they defeat the geese, killing them in the process.

Four other geese return in "Brilliant Century Duck Crisis Special" as one of the main antagonists. They encounter the main cast and after a lengthy battle defeat them after joining with the Cassowary and the Playco men. As the crew decide to keep on fighting, the geese are revealed to think that they are the bad guys only to be corrected. Upon seeing this, they turned against the villains and seemingly kills them. They come to terms with the Ducks and presumably redeem themselves.

The geese made a cameo in "Can You Ear Me Now?" as incriminating witnesses where they testified in court against Mordecai and Rigby despite redeem themselves. 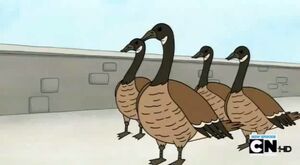 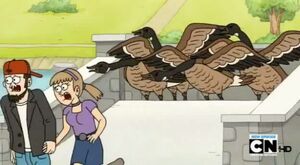 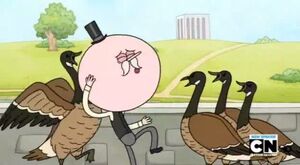 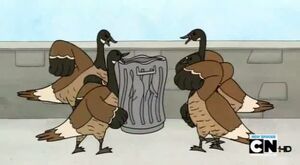 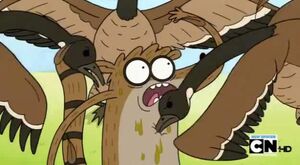 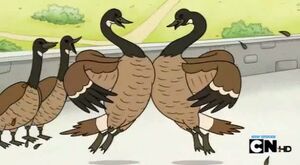 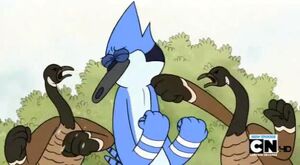 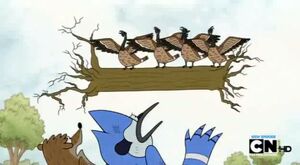 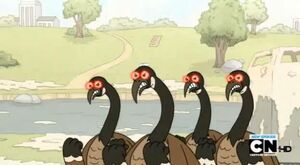 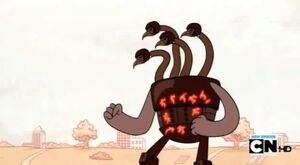 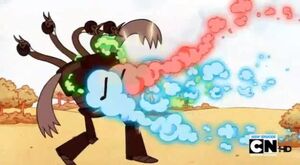 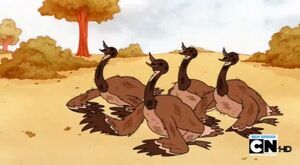 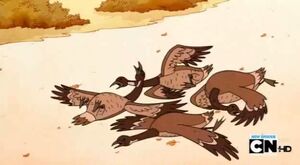 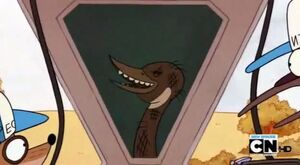 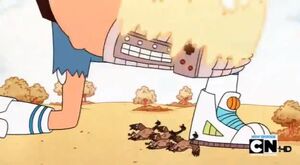 The Geese meeting their "end".