Rolling Thunder (not to be confused with 1977 movie about revenge)

Geldra is a fictional organization and a secret society, is also the main antagonistic faction in Namco's Rolling Thunder trilogy.

In 1968 A.D., a mysterious man with unknown nationality and age appeared in New York. He performed various miracles to New Yorkers everywhere he went, and amassed those who are enchanted to him and to his magical abilities. The man then prophesied that the world would come to an end and declared himself as the new Messiah.

This man is Maboo, a enigmatic leader of an organization called Geldra, a radical secret society striving to become the new global hegemony.

The World Criminal Police Organization (dubbed WCPO), realizing the threat Maboo and his Geldra possess, sent one of their agent Leila Blitz to discover the secret and further intention of Geldra: Leila disappeared shortly after her dispatch. Later it was revealed that Leila got captured and is under Maboo's custody. This is bad for WCPO. Unless Leila is extricated from Maboo Geldra's existence and the danger it poses will be buried in darkness.

Taking Leila's plight seriously, WCPO has sent their most powerful and talented agent: code named 'albatross' to save Leila's life. The rescue operation is dubbed 'Rolling Thunder'. To save Leila's life and to stop Geldra's ambition, Albatross single-handedly disappears into Geldra's bases that are hidden deep underground. However, unknown to Albatross or to the WCPO, Maboo is watching Albatross' every moves and is waiting for him...

In 199X, orbiting satellites of many nations were destroyed one after another under mysterious circumstance. The global flow of information is suddenly severed and the world fell into chaos. While investigating the cause of the problem, WCPO discovered a very unpleasant news and a very sinister plot: the evil secret society known as Geldra, which was once destroyed at the hands of WCPO's top agent Albatross, has now revived and become active again under the name of Neo Geldra with new leadership (Maboo died in RT1) of a man named Gimdo. Their goal of global hegemony still remains intact.

Thus, the battle between new Geldra and WCPO agents who were involved in Geldra's fall 3 decades ago begins anew. However, this time Albatross is not alone: Leila Blitz, who was captured during the first Rolling Thunder operation and suffered a whole lot of indignities, has become more than capable agent under Albatross' guidance and tutelage. and she is assigned alongside Albatross, her companion and mentor, to stop and destroy Neo Geldra. Leila is eager to make up for her previous disgrace suffered by Geldra.

Rolling Thunder 3 's plot is set around the same time period as its predecessor Rolling Thunder 2. With WCPO agents Albatross and Leila busy bringing down Gimdo's Neo Geldra, a new Rolling Thunder agent code named Jay is assigned to track down and cature or kill Gimdo's second-in-command called Dread (a green skinned humanoid resembling Maboo from the first game). Dread has set up bases around the world and act as Neo Geldra's branches.

Jay is assisted via radio by a contact named Ellen, who provides him with mission objectives. After lots of close encounters, near misses and cat-and-mouse chases Jay finally locates Dread in his castle located in Europe. Jay successfully fights off all his minions and kills Dread after a hard duel. But Dread had one last dice to roll: Dread's castle is wired to Dread's heart. If Dread dies, his castle goes with him in a big boom. In normal mode ending Jay is declared as missing. To see RT3's true ending in which Jay is revealed to be alive (badly hurt but alive) the game must be cleared with the hard mode.

With Maboo, Dread and Gimdo's demises Geldra and its legacies are wiped off from the face of the Earth for good. 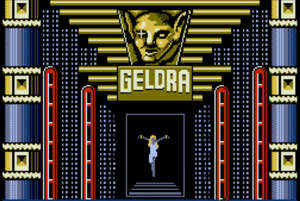 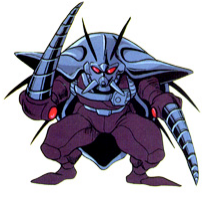 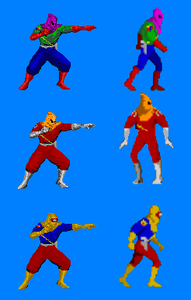 Retrieved from "https://villains.fandom.com/wiki/Geldra/Neo_Geldra?oldid=2678258"
Community content is available under CC-BY-SA unless otherwise noted.