Be better than Benson in every possible way (formerly).

He was voiced by Kurtwood Smith, who also played Clarence Boddicker in RoboCop, Thomas Perry in Dead Poets Society, Bill Patterson in The X-Files, Walt Disney in Robot Chicken, and General Nathan in Rick & Morty.

Gene is a vending machine first seen in "Prankless". He is the park manager of East Pines and tries to destroy the Park by having a huge prank war.

He later returns in "The Christmas Special" as he captures the Park staff trespassing in East Pines Park on their way to a volcano to destroy the gift box. Initially thinking them to be plotting to prank him, he turns around and helps them after learning the severity of their mission by taking them to the entrance of the cavern leading to the volcano, warning them about its booby traps, and briefly holding off Quillgin and his men.

In "Thomas Fights Back", Gene and his goons steal the statue of Curtis Montgomery and was fooled by Thomas for cutting the gas of their golf carts, removing the batteries from their walkie-talkies and cut the wire of the emergency phone. 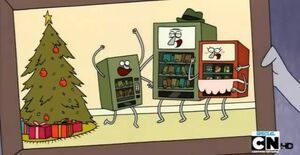 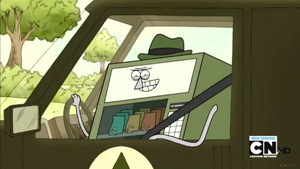 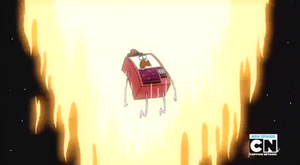 Gene getting pranked by Muscle Man. 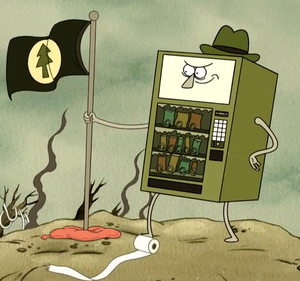