Smuggle the Tunisian Diamond out of the museum (failed).

Gene Fredrickson, previously known as Mayor Fredrickson or simply the Mayor, is a major character in the Henry Stickmin series, serving as the main villain of Stealing the Diamond and a minor antagonist in Completing the Mission.

He was the former city mayor who announced the opening of the Tunisian Archaeological Exhibit. He secretly planned to steal the Tunisian Diamond for himself, but was beaten to it by Henry Stickmin and eventually had his scheme exposed, along the fact that he is secretly a member of the notorious Toppat Clan.

He was voiced by Marcus Bromander.

Fredrickson was a high-ranking member of the Toppat Clan who planned to smuggle the Tunisian Diamond. He ran as mayor of the city and won, due to his love for the arts.

Gene is seen at the beginning of the game on television, where he declares the Tunisian Archaeological Exhibit open. This prompts an impoverished Henry Stickmin to take the diamond for himself to most likely improve his financial situation (foiling Gene's classified plans to steal the diamond himself).

Eventually, it's revealed that there were plans to smuggle the Tunisian Diamond. Fredrickson escapes after connections were found, and the theft of the diamond is blamed on the Toppat Clan (although some people know that it was Henry, such as Hubert Galeforce and whoever gave Grigori Olyat documents on Henry).

Gene makes cameos in two endings of Completing the Mission.

If Charles and Henry choose to take the leftmost escape pod (the luxury escape pod), they will encounter the six elite Toppats inside, including Gene. Out of the six, Gene is the only one not to pull out a gun at Henry or Charles, nor does he glare at them menacingly.

Gene is one of the many Toppats present at Henry's return to the Toppat Clan, looking on as he is denounced by Reginald Copperbottom for ditching Ellie Rose back at the Wall. 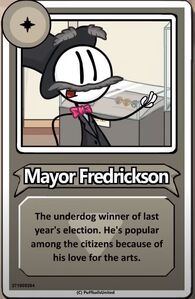 Gene's bio in Stealing the Diamond. 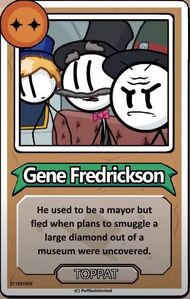 Gene's bio in Completing the Mission. 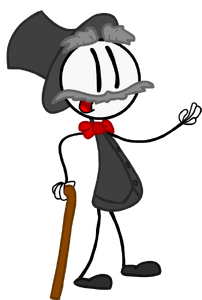 Gene Fredrickson in the Flash version of Stealing the Diamond. 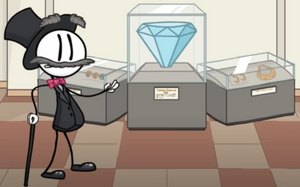 Gene as the mayor at the opening of the Tunisian Archaeological Exhibit. 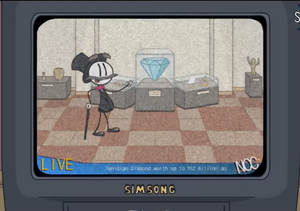 Ditto, but with TV static. 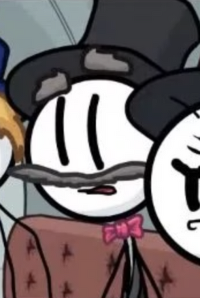 Gene with Sven Svensson, Mr. Macbeth, and other senior members of the Toppat Clan in the Valiant Hero ending.