Build a nation of Reploids.
Defeat X and Zero (All failed).

The General is the central antagonist of Mega Man X4, although it is later revealed that he is not the actual main antagonist after he is defeated, as Sigma had been pulling the strings to make his plans progress. He is the leader of the Repliforce. The General makes his debut in the Final Weapon's second level, right before the game's Boss Rush. After X and Zero defeat Sigma, the General appears to sacrifice his life by stopping the Final Weapon, allowing him to rejoin his men who died in battle.

He is voiced by Mark Hagan.

Some time later, the floating city of Sky Lagoon is attacked by Mavericks and falls to the ground, causing the death of thousands. Because of Repliforce's presence on the city, the Maverick Hunters label the entire Repliforce as Mavericks. Indignant, General decides to start a coup for independence to build their own Reploid nation. Though General's only intent was to avoid conflict, the Maverick Hunters are called into action and forced to fight Repliforce. Even though Magma Dragoon is revealed as the culprit behind Sky Lagoon's attack, General grows more distrustful and paranoid, building a huge satellite laser called Final Weapon, where he intended to build his utopic nation.

X and Zero make their way into the Final Weapon and confront the General, who is unwilling to give up on his plans. After a fierce fight General ends defeated, but suddenly the laser cannon activates, so the General realizes someone else should be controlling it. X and Zero go after the control of the weapon and find that Sigma had been behind the entire conflict the whole time, pitting the two groups against each other so they wouldn't pose a threat to his plans. After Sigma is defeated, he tells the hunters the weapon is aimed at Earth before exploding. The General then decides to use his own body to stop the weapon, sacrificing himself to follow his men who died in battle. 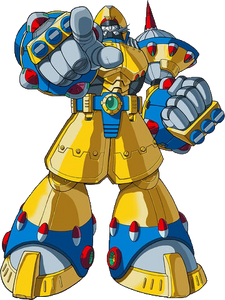 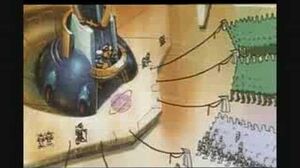