Leader of the Federation

Destroy the Triceratons and conquer the universe (both failed).

General Blanque is a recurring antagonist in the Teenage Mutant Ninja Turtles 2003 animated series. He serves as one two main villains in the Triceraton arc, along with Zanramon.

He was voiced by Mike Pollock.

General Blanque was leader of the Federation military, who was at war with The Triceraton Republic, led by his archenemy Prime Leader Zanramon.

When Honeycutt's mind was transferred into his assistant Sal's robotic body, Blanque was aware of this and was happy of this because robots have no rights so he could take the plans of the Teleportal from Honeycutt's mind. 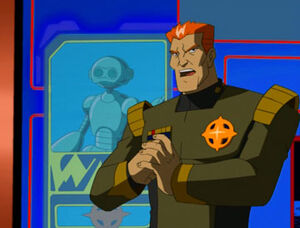 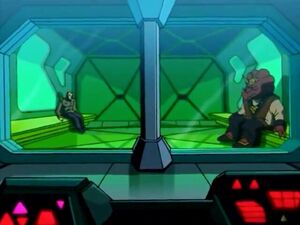 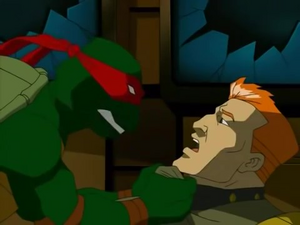 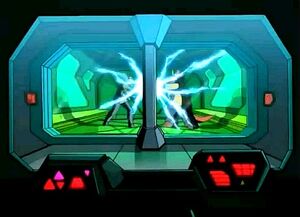 Blanque and Zanramon trying to fight each other.