Great General Budo is a major antagonist of Akame Ga Kill. He is one of the most notable and respected generals of The Empire.
He is the second archenemy of Mine.

He was voiced by Josh Morrison in the English dub and by Hozumi Gōda in the Japanese version.

Described as an honorable and incorruptible man who rarely leaves the imperial training grounds, Budo was a hardened man, with years of training and military hardship shaping him to his current state. As a general born from a celebrated lineage, Budo was greatly prideful in his honor, and that of the empire. Unlike most generals, he didn't affiliate himself with Prime Minister Honest, instead thoroughly detesting him. He even went on to state that once the rebellious people would be crushed, those who ruined the Empire to this point would face his wrath next.

Although out to kill Night Raid that seeks to overthrow the Empire, Budo pitied that such talented assassins could have contributed significantly to the Empire's cause. Regrettably, the choices both sides made could not be more polar opposites: In Night Raid's eyes the Empire is rotten to the core and it must be restructured through revolution. While Budo too believes that a major clean-up from within is needed to restore the Empire its former glory, he sees Night Raid a bigger threat and has to be dealt with first.

Budo was shown to be serious and thoughtful man in his duties in protecting the palace and the Emperor, as he was shown to be extremely angry and disgruntled when Wave and Syura almost used their Teigu to fight inside the palace and he was threatening to kill them if they ever did it again, and when Syura teleported the Night Raid members into the palace to capture them, Budo punched him after their capture due to the probability of harm coming to the Emperor from his plan and gave his promise to kill him if this was ever occurring several times in the same way.

Budo was also shown to hold his belief that the soldiers of the Empire shouldn't fight each other and instead save their effort to defeat the rebels as shown when Wave didn't want to stop beating Syura, despite being declared the victorious winner of the duel, Budo punched and scolded him in an extremely vituperative and acrimonious manner, but then smiled as he was leaving while saying that they are both strong and should focus on stopping the rebellion instead of fighting.

Since he was a child, Budo was trained in order to follow the demands from his family and country. Although he was taught by his father who was a former imperial warlord that Budo as a soldier should distance himself from the sordid world of politics, he could no longer ignore the current state of the Empire. When he was called by Prime Minister and asked him to deal with a rebel army in the south, Budo stated that he would kill all of the rebellious people, however he noticed the other problems of Empire and considered to search and destroy the cause of the chaos.

He reappears defeating Tatsumi and trying to kill Lubbock but he failed. He was later assigned with Esdeath to execute Tatsumi, however Mine crashed the execution to rescue him, Budo tried to attack Mine but was blasted away by her Pumpkin attack. Budo reemerged from the rubble of rocks attacking and overpowering all the remaining members of Night Raid, except Tatsumi who is able to resist his lighting attacks.

Enraged by the fact he was not able to hit Tatsumi, he started to conjure multiple lightning from his Teigu and attacked once again the Night Raid until Tatsumi managed to defeat him along with Esdeath. With the Night Raid escaping the coliseum, he was forced to pursue the team but he was blocked again by Mine who managed to block and overpower Budo, when his Teigu ran out of lighting charge, he was killed by Mine with a powerful blast.

With the death of Budo, one of the two elite imperial army (the other army is led by Esdeath) was demoralized and collapsed, with the tide of the war beginning to turn for the favor of revolutionary forces. 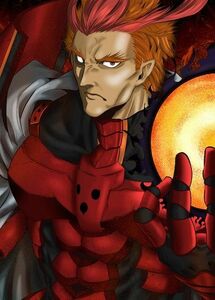 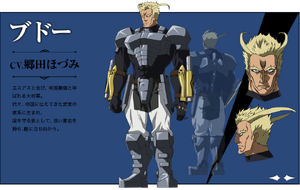 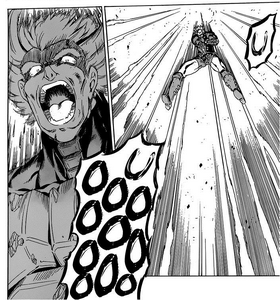 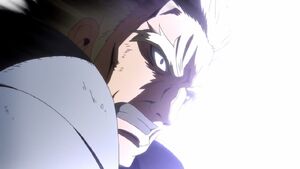 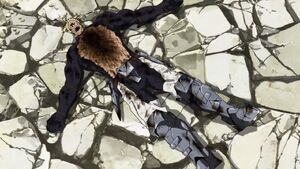