Leader of the Rebel Army

Take over the world and rule it under a military dictatorship.

General Donald "Devil Rebirth" Morden is the tyrannical leader of the Rebel Army and the main antagonist of the Metal Slug video game series.

Donald Morden was originally a Vice Admiral in the Regular Army Marine Corps. In this time, he has a reputation of being an efficient and honorable officer of the Regular Army, being held in high regard by his troops. He was also a compassionate father to his son. However, Morden turned against the Regular Army when his son is killed in the Central Park bombing caused by an intelligence failure on the part of the Regular Army.

As he goes crazy, he decides to take revenge on the Regular Army. He self-promoted to a General and created the Rebel Army with dissidents of the Regular Army, and starts to build up power to launch a full-scale attack. After a succession of battles, the Rebel Army outnumber the Regular Army, and earn various victories over them. The regular army then decides to start the production of new weapons and vehicles to turn out the table. After various test the SV-001, nicknamed Metal Slug, is finally put under mass production. However, the production of the tanks is discovered by the Rebels, so they launch an attack to destroy the factories where the SV-001 was being produced and seize the already built ones.

Morden was a good person in the past, but as his son dies he becomes insane and villainous. He wants his revenge at all costs, even making an alliance with an alien race to achieve his goals. However, he retained some of his reason, as when things go out of control and the aliens betray him, he calls his troops to help defeat the alien invaders. 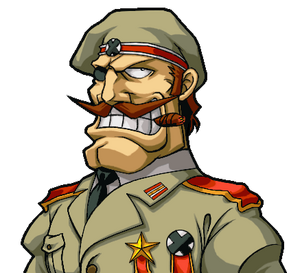 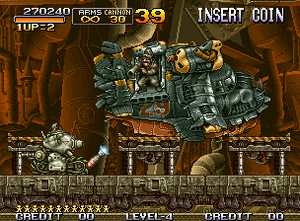 Retrieved from "https://villains.fandom.com/wiki/General_Donald_Morden?oldid=3325350"
Community content is available under CC-BY-SA unless otherwise noted.