Villains Wiki
Register
Don't have an account?
Sign In
Advertisement
in: Traitor, In Love, Arrogant,
and 29 more

General of the Lilliputian army (formerly)

General of the Blefuscian army (currently)

Get rid of Gulliver at any cost and become the ruler of Lilliput.

Get rid of Horatio so he can force Princess Mary to marry him (both failed).

General Edward Edwardian (simply known as General Edward or Edward) is the main antagonist of the 2010 fantasy adventure comedy movie Gulliver's Travels, based on the 18th-century novel of the same name by Jonathan Swift. He is the former commander of the Lilliputian army who later becomes the general of the Blefuscians. He also serves as the archenemy of Lemuel Gulliver.

He was portrayed by Chris O'Dowd in his first villainous role.

In the past, General Edward served as the commander of the Lilliputian army and was in love with Princess Mary, daughter of King Theodore and Queen Isabelle. However, Edward is vain and narcissistic as he doesn't treat Mary with proper respect.

In the present day, mail room worker Lemuel Gulliver arrives on Lilliput after his ship has crash-landed on the island upon being overwhelmed by a waterspout. It turns out that Gulliver is a giant, compared to the tiny people of Lilliput the size of action figures. Edward and his army soon find Gulliver and arrest him by accusing him of being a "beast" as well as aiding their enemies, the Blefuscians. Edward then puts Gulliver in prison along with Horatio, a fellow prisoner whom Edward had jailed for fancying Princess Mary.

Gulliver is soon made to be a slave, but proves useful when the Blefuscians attack and Gulliver helps to put the fire out by urinating on the flames (as well as accidentally urinating on Edward). After this, Gulliver is hailed as a hero by the Lilliputians. Gulliver replaces Edward as the King's favorite and ensures that Horatio is freed from prison. Edward is instead demoted to vice-general and is replaced by Gulliver. Edward's relationship with Mary is put under strain, as Gulliver has encouraged Horatio to make Mary fall in love with him and her heart turns to Horatio instead. Mary even berates Edward for calling Gulliver a beast.

Edward is highly jealous of Gulliver and plans to get rid of him so that he can take over Lilliput and rule it with an iron fist. As such, Edward starts to betray Lilliput by turning off the defense systems, allowing Lilliput to be attacked by Blefuscians. Unfortunately, Gulliver easily manages to defeat all of them. After this, Edward openly gives his loyalty to the King of Blefuscia and comes up with a plan to defeat Gulliver by building a giant robot from instructions in Gulliver's magazine. Edward in his giant robot suit confronts Gulliver by challenging him to a duel and is quickly able to defeat him before forcing Gulliver to expose all of his lies to the public, with Gulliver confessing that he's "just a guy from the mailroom" and not really the "President of Manhattan".

As a result, Gulliver is exposed as a liar and is banished by Edward to "the island where we dare not go" in disgrace. Edward then imprisons King Theodore and Queen Isabelle and intends to force Princess Mary to marry him in order to have her as his queen. Soon after, Edward also captures Gulliver's colleague Darcy, who has come to Lilliput as a result of her having found out about Gulliver plagiarizing his report to impress her which caused Darcy to take his place and travel to Bermuda herself. Darcy is then arrested by Edward in which he calls her a "she-beast" and is put in prison along with the deposed King and Queen. However, Horatio, after being spurned by Mary, escapes to the island where Gulliver is now dressed as a doll by a giant girl. Gulliver is depressed and is not willing to help as his name is now cleared in Lilliput. Somehow, Horatio reveals to Gulliver that Edward has kidnapped Darcy and this persuades Gulliver to help by returning to Lilliput, where he frees Darcy, the King and Queen. Gulliver later challenges Edward to another duel with the deal that he shall restore Lilliput to its former glory. However, Edward threatens Gulliver that he will deliberately destroy Lilliput if Gulliver will fail.

During the fight between the two, Edward has modified his robot and gives out electricity which shocks and stuns Gulliver. Seeing Gulliver in danger, Horatio climbs inside the robot and wrestles with Edward while disabling the robot's electrocuting weapon, allowing Gulliver to gain the upper hand. Finally, Gulliver is able to defeat Edward by "wedging" the robot, causing the structure to collapse on itself. The King and Queen are restored and they hail Horatio a hero as well as giving him their blessing to marry Mary. However, Edward frees himself from the robot and attempts to kidnap Mary, but she, finally having enough of Edward, knocks him unconscious by punching him in the face in frustration. It is unknown if Edward was banished to "the island where we dare not go" for his crimes and treachery, despite Lilliput and Blefuscia being united in peace while Gulliver and Darcy return to New York City on their repaired boat. 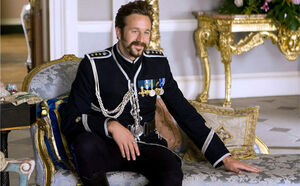 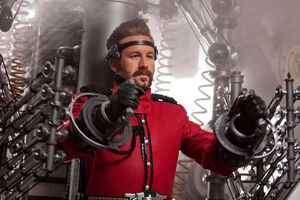 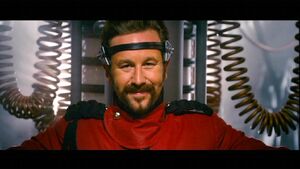 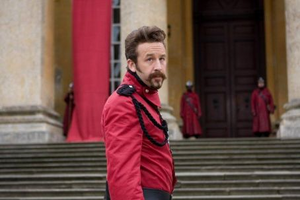 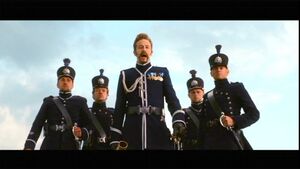 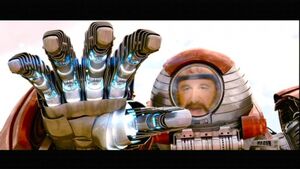 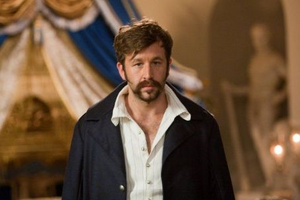 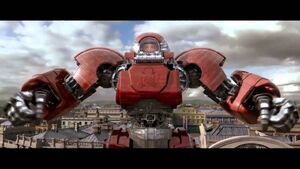 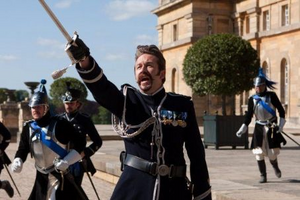