General Hardcastle is a minor supporting antagonist in Superman: The Animated Series.

He was voiced by the late Charles Napier.

Hardcastle led an attack against the creature and ordered his men to fire missiles at it. Superman came to Hardcastle and told him to stop firing missiles at the creature because it absorbs heat. Hardcastle refuses to believe him, saying that he believed him before and failed. He eventually believed Superman when his missiles failed to harm Prometheon and he orders his men to stop firing missiles.

Hardcastle still distrusted Superman after the encounter with Prometheon. General Hardcastle secretly formed an alliance with Lex Luthor to create Project Achilles, a military project designated to find the weaknesses of Superman and Supergirl. Hardcastle led his military against the Parademons when Darkseid brainwashed Superman into becoming his pawn.

Years after Project Achilles, Hardcastle lost his title and was forced into early retirement. However years later Supergirl, Question, and Green Arrow actively sought out Hardcastle after a series of Z-8 robots attacked the trio when they were looking into Supergirl's bizarre assortment of nightmares. Reluctantly, Hardcastle told them what he knew. For years, long before the Justice League was first formed, an organization was formed to keep an eye out for the heroes, should they turn rouge. Among their work included Volcana and the original Royal Flush Gang. After their interrogation, Galatea later arrived at Hardcastle's home and killed him, as a means of tying up loose ends. 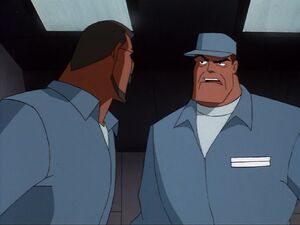 General Hardcastle and Professor Hamilton have an argument. 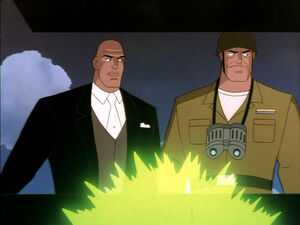 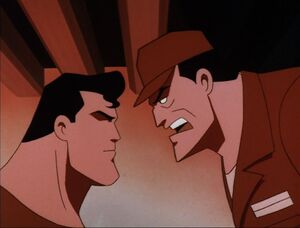 Hardcastle threatening Superman while questioning him. 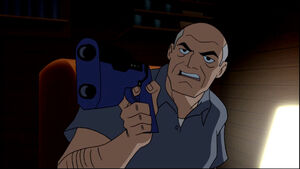 Hardcastle in early retirement after his defeat by Superman a few years ago. 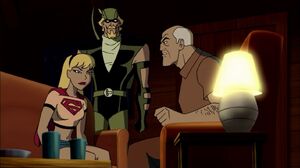 Hardcastle being questioned by Supergirl and Green Arrow. 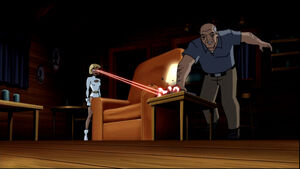 Hardcastle's last moments before his death. 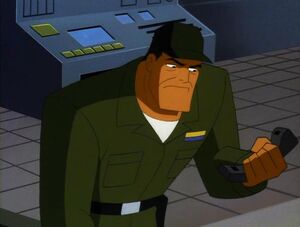