Leader of the Digald Empire

Bring the reign of terror throughout the Planet Zi to rule it as the absolute God (failed).

General Jiin is the main antagonist in Zoids: Genesis.

He was voiced by the late Hidetoshi Nakamura.

General Jiin is a tyrannical mad man who is dangerously intelligent and egotistical. He will stop at nothing until he unleashes his tyrannical reign on the Planet Zi. Despite his tyranny, arrogance had been proved to be his downfall before his defeat and death by the hands of Ruuji Familon for good. 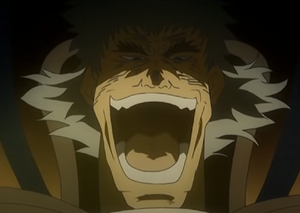 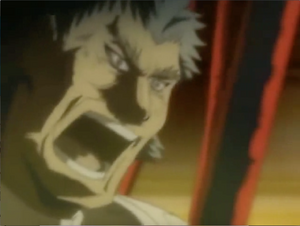 Jiin's last moments before his demise. 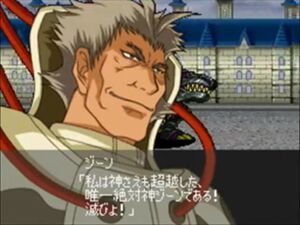