Working in his garden.

To help Hector take over the world (formerly)

General Reginald Peter Skarr (simply known as Reginald Skarr) is the tritagonist of Evil Con Carne, and a supporting character in The Grim Adventures of Billy and Mandy. He was the right-hand general to evil genius Hector Con Carne. In some episodes, he serves as an antagonist.

He was voiced by Armin Shimerman, who also voiced Dr. Nefarious in the Ratchet & Clank series and Andrew Ryan in BioShock.

After that show's cancellation, Skarr eventually appeared on The Grim Adventures of Billy and Mandy, starting with the episode Skarred For Life. In that episode, a delivery boy comes to a ruined house to bring pizza and finds a horrible, wretched shell of a man lurking behind the door. The man, referring to himself as "It", insists on telling the man the story of how he became what he is now. In his story, General Skarr moves into the house after the previous owners are driven out of town by Billy, despite an old man telling him that the house is cursed.

Later, Skarr's home is visited by Billy, and inside Skarr shows Billy a hallway full of things from his days as Hector Con Carne's minion. He takes sadistic enthusiasm in describing his former ambitions of world domination, but insists that he is now retired. Billy is disgusted by Skarr's willingness to give up and calls him pathetic, showing Grim, tormenting children by summoning a demonic floating pig, to him as an example of a respectable and powerful villain, and tells Skarr that Grim's scythe gives him ultimate power. The temptation of stealing the Grim Reaper's scythe and using it as his own overcomes Skarr, and he brings out a giant robot he had on display to perform the task. However, the robot is extremely slow and impractical, as it does not even capture the attention of Grim (who is being forced to act like a little girl by Billy), so Skarr eventually just abandons it, swipes away Grim's scythe and runs back to his house with it. Inside his home, Skarr is confronted by Mandy, whose extremely dominating presence forces him to relinquish it to her, making him cry.

The man in the house finishes his story, just as the real Skarr, who is perfectly well, arrives back at his front door from a vacation and is upset to see his home in ruin. The man emerges from behind the door, and it is revealed that "It" is not Skarr but the insane old man who had earlier proclaimed the house to be cursed, whom Skarr had simply asked to watch his house for a few days. 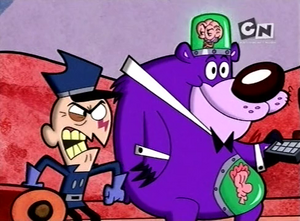 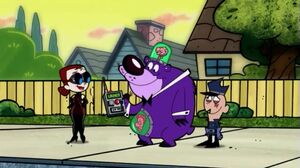 Skarr with Hector and Major Ghastly 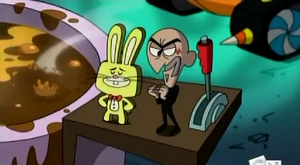 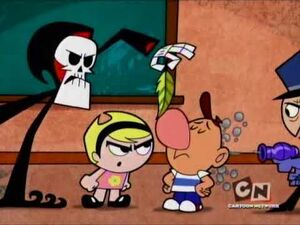 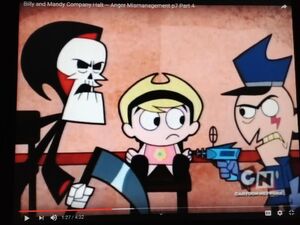 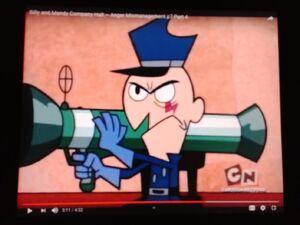 Retrieved from "https://villains.fandom.com/wiki/General_Reginald_Skarr?oldid=4135983"
Community content is available under CC-BY-SA unless otherwise noted.