Psychological Abuser
General Richter is a semi-recurring villain from the FOX Animated sitcom, The Cleveland Show. He is the strict, drill sergeant father of Holt Richter and ex-husband of Holt's Mama. He is known to be a disapproving father to Holt, and a hateful husband to his wife. He's ableist against people under 5 feet, which includes his wife and son.

He is voiced by Will Arnett.

In "A Cleveland Brown Christmas", Holt cried over Cleveland giving him RedBull for Christmas, saying that all his life, he's been told he wasn't good enough and that this gift finally inspired him, before running away, crying. Tim points out that Holt has daddy issues.

In "A General Thanksgiving Episode", General Richter made his first on-screen appearance. Rallo surprise invited him over, after hearing how he abandoned him as a child. When General Richter came over, he punished Holt for calling him "Dad" instead of "Sir", and would consistently insult him for his lack of competence. Rallo invited General Richter to have Thanksgiving dinner with The Brown-Tubbs Family, since his family was too messed up for him to spend the holiday with them, in honor of him defending their country. During the dinner, General Richter received word that a rogue airplane was about to crash. He teamed up with Holt to go and save the only passenger, which was Cleveland, the drunk driver. Holt proved his competence as a son and a soldier, when he used the "kick and tuck" swinging method to save Cleveland's life. Despite this, General Richter still called out Holt for swinging like a maggot. Rallo insulted him, which cut deep, due to General Richter looking up to Rallo, after the Thanksgiving gesture of gratitude. General Richter admitted that the reason he hates his son is because he couldn't follow in his footsteps. Holt then stood up to him and told him that he doesn't care what he thinks about him. This didn't get through to General Richter, but he didn't care and left with pride.

In "Of Lice and Men", LeVar summons the fathers of all The Guys, to punish them for stealing his RC Cola. Holt's father was General Richter. There was no verbal interaction between the two, but General Richter showed his long-awaited appreciation for Holt, by giving him a salute. He and Holt, along with the other guys and dad celebrated with more RC colas in the tree house. 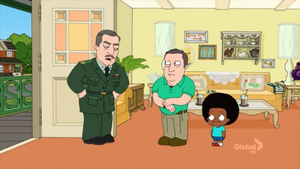 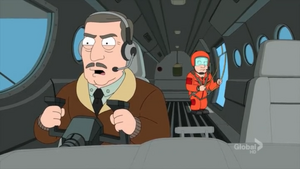 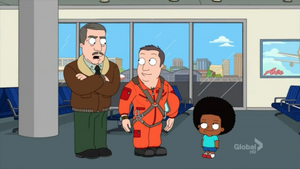 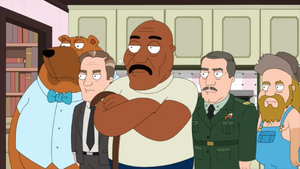 General Richter and the other fathers of The Guys 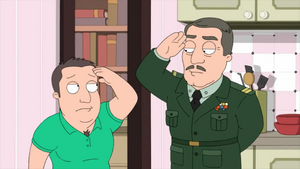 General Richter saluting Holt in arguably, the only time in the series he showed any respect for his son 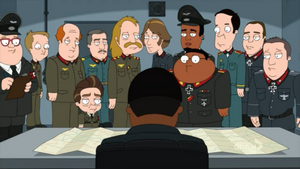 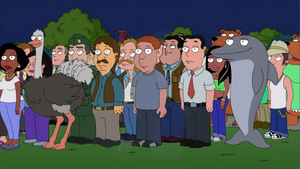 General Richter's cameo in the Family Guy episode, "No Giggity, No Doubt".