General Staal, also known as Staal the Undefeated, is the main antagonist of the Doctor Who episodes "The Sontaran Stratagem" and "The Poison Sky". He is a Sontaran military general who wishes to take over Earth.

He is portrayed by Christopher Ryan who also voiced Commander Stark.

He had a great love of warfare and regretted his race did not fight in the Last Great Time War, which he considered the universe's greatest war. He forged an alliance with Luke Rattigan to aid the Sontaran conquest of Earth. He had an ambition to personally kill the Tenth Doctor on meeting him.

Staal remained in the Sontaran flagship when he ordered his subordinate Skorr to attack UNIT. He was contacted by the Doctor shortly after claiming the Doctor's TARDIS as his trophy. After his plan of turning Earth into a cloning planet for more troops failed, he furiously decided to destroy Earth by force.

Rejecting the Doctor's offer to let him leave Earth alone or be incinerated, Staal mocked him. He and all but one of his troops were then killed by Luke, who gave his life to destroy the flagship.

Staal possessed a personality that was atypical for a Sontaran as he was willing to employ tactics that would be dishonorable to many, such as wiping out the entire human race - even those not fit for battle, he also employed a teenage "aid" whom he manipulated and cared very little for, thus was a liar and sneak. He did share the Sontaran love of war and fanaticism, willing to die for the battle - other than that he was abnormally manipulative and xenophobic for a Sontaran (all Sontarans love battle and see themselves as superior but most abide by a code of war, something Staal only does when it suits him). 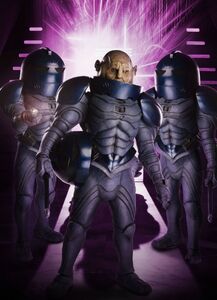 General Staal and his soldiers 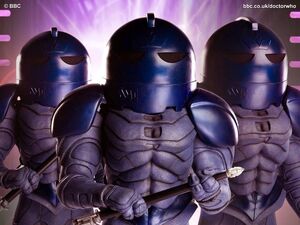 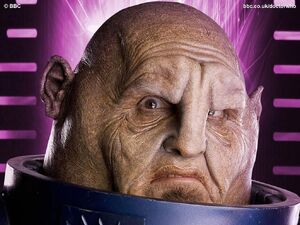 General Staal without his helmet
Add a photo to this gallery 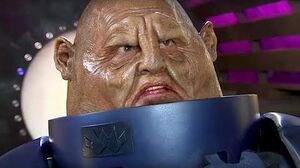 The Doctor Meets General Staal - The Sontaran Stratagem - Doctor Who - BBC-1
General Staal confronts the Doctor after being exposed to the world.
Add a photo to this gallery

Retrieved from "https://villains.fandom.com/wiki/General_Staal?oldid=3459348"
Community content is available under CC-BY-SA unless otherwise noted.