Control over the Demon Statue

Attempting to trigger another World War

When 009 boarded the Demon Statue, the center brain notified Skull of the intruder, prompting Skull to go deal with the 00 cyborg.

While fighting 009, Skull decided to show 009 the "true form of Black Ghost", and revealed to him that the three brains were the true leaders of Black Ghost. When Skull attempted to use his ultimate attack against 009, the Generalissimo canceled it out and executed Skull for almost destroying them.

They attempted to kill 009 too, but he moves out of the way of their electricity blasts. 009 tried to shoot the brains, but his blasts are blocked by a forcefield. The brains then armed all of their weapons across the globe, setting the stage for another world war. The brains mock 009, declaring themselves to be the embodiment of the evils of mankind and that they represent only a small component in a Black Ghost network that spans across the universe.

009 then began blasting the interior of the statue, eventually destroying the machine generating the forcefield and blowing up the statue. However, as the interior of the statue collapses, the brains deliver one last taunt to 009 and state that the Black Ghost organization is universal and that they are just the leaders of the Earth branch of Black Ghost, as well as that Black Ghost will exist as long there's evil in men's heart. The Demon Statue then exploded, presumably destroying the brains and blasting 009 out into space.

Appearances in other Media

The Generalissimo don't appear in the 1966 Cyborg 009 movie however in its 1967 sequel, the Black Ghost Leader takes up an appearance similar to the Demon God Statue.

The Generalissimo appear as the main antagonists in the Cyborg 009 SF Roman light novel. In the novel they are renamed "Ares".

The Generalissimo appear as the final boss in the 1993 Cyborg 009 game for the Sega Mega-CD.

The Demon Statue and Skull make a cameo in a post credits scene in the final OVA when Cyborg 001 warns of an "evil spirit" approaching, foreshadowing the events of the "Underground Empire of Yomi" arc.

The Generalissimo makes a brief appearance in a flashback when the 00 Cyborgs recount their final battle against Black Ghost to Lucy Davenport. 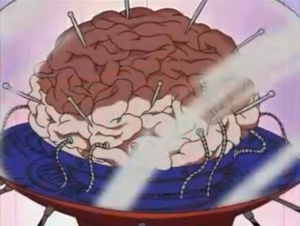 One of the brains 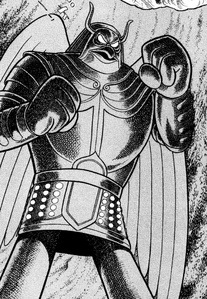 The Demon Statue in the manga 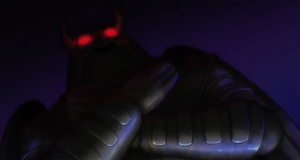 The Demon Statue's cameo at the end of Cyborg 009 vs. Devilman. 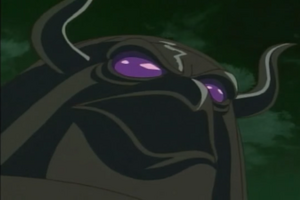 The head of the Demon Statue 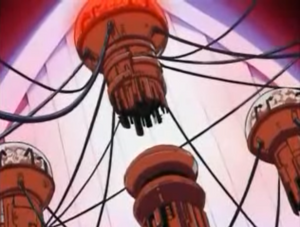 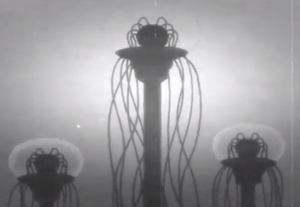 The Generalissimo in Call of Justice.