George, Ralph and Lizzie are major antagonists of the 2018 science-fiction monster action film Rampage, based on the original characters from the 1986 classic arcade game of the same name.

The primatologist named Davis Okoye has been caring all his life for George, a silverback albino gorilla, that he saved when it was a year old, at the San Diego Wildlife Sanctuary.

However, a strange genetic experiment left by the scientist Claire Wyden accidentally falls into the habitat of George, infecting him. With the passing of the days, the gorilla begins to grow hugely and adopt aggressive and savage behavior.

Okoye assumes that the experiment had something to do with George's problem, so he along with Dr. Kate Caldwell is taken to an agency led by agent Harvey Russell who tells him about the "Rampage Project".

Russell explains that two other animals have also been infected: a wolf named Ralph and a crocodile named Lizzie. After escaping from the sanctuary, George begins to cause panic in the city but is quickly incapacitated and taken in a cargo plane to the facilities of the agency.

George, having adopted a huge force, is freed from his imprisonment and knocks down the cargo plane, causing it to crash in the middle of a field. To make matters worse, Ralph flees his captivity in the direction of Chicago while Lizzie managed to enter the river, making her way to the same area as George and Ralph.

The three animals begin to cause panic, death and destruction around North America, destroying everything in their path while fighting for supremacy.

Meanwhile, Okoye is forced, along with Caldwell, to find an antidote before George, Ralph and Lizzie cause a worldwide catastrophe. Okoye and Caldwell break into Claire Wyden's research facility and manages to find the antidote to control George's savage behavior. Unfortunately, they are then stopped by Claire Wyden, who shoots Okoye and forces Caldwell to leave with her on helicopter. As soon as they get to the roof, however, George, Ralph and Lizzie arrive and start to destroy the building they are on. Okoye is revealed to be still alive as he rescues Caldwell from Wyden. Caldwell manages to put the cure in Wyden's handbag before Claire is grabbed by George, whom then drops her in his mouth.

After the building is destroyed, George survives and retains his normal personality. However, Ralph and Lizzie also survived. George fights the two while Okoye assists him. After discovering Ralph is able to fly, Okoye fools him into flying into Lizzie's mouth, whom then decapitates him. As George struggles to fight Lizzie, Okoye forces to draw her attention to him. As Lizzie corners and is about to devour Okoye, George leaps and impales Lizzie through the head with a metal bar, killing her.

In the aftermath, George seemingly dies from his injuries. Okoye mourns over George's death, as he looks around to see surviving people. Just then, however, George is revealed to have faked his death to make Okoye sorrowful for his amusement. George then gets up and assists survivors, as he is seen assisting people from a building, before the movie ends.

George is a mutated albino gorilla and is based off his original incarnation from the classic arcade game of the same name. He serves as the deuteragonist and anti-hero of the movie. As an infant, he was saved by his friend and primatologist Davis Okoye and lives his entire life in a sanctuary as he grows up. One day, a mysterious genetic experiment mutates him into a giant savage creature with enhanced strength, speed, agility, stamina and durability. In the climax, George is returned to his normal personality, but still remains as a giant. He starts to fight Lizzie and Ralph in combat, although he is injured in the battle and apparently dies from his wounds. However, it reveals that George was messing around with Davis by faking his death before the two decide to clean the city of debris and evacuate civilians.

Ralph is a mutated wolf and is based off his original incarnation from the classic arcade game of the same name. He serves as one of the final antagonists alongside Lizzie in the climax. Once a normal wolf living in the wilds of Wyoming, he is exposed by a genetic-altering chemical which mutates him into a large canine-like beast. Due to the mutation, Ralph gains monstrous characteristics such as porcupine quills all over his back and tail that he can use as projectiles to shoot at victims, bat-like ears, thumbs with slightly sharp claws on his front paws, bulletproof skin and wing membranes over his limbs to help him glide like a flying squirrel. In the climax, Ralph fights George and is tricked into gliding towards Lizzie, who uses a death roll to decapitate Ralph and swallows his head.

Lizzie is a mutated crocodile and is based off her original incarnation from the classic arcade game of the same name. She serves as one of the final antagonists alongside Ralph in the climax. Once a normal crocodile living in a lake of the Florida Everglades, she is exposed by a genetic-altering chemical which mutates her into a gigantic crocodilian-like monster. Due to the mutation, Lizzie gains monstrous characteristics such as spines all over her back, two large tusks on her upper jaw, multiple rows of teeth, a spike-covered tongue, fish-like gills on her neck, a neck frill that opens, spikes on the end of her tail which form a mace, armored skin and large gecko-like feet. In the climax, although she is too indestructible by surviving explosives thrown in her neck and having missiles launched at her, Lizzie is finally killed by George when he impales her through the head with a piece of rebar.

George has enhanced strength as he is able to fight off enemies easily, though his combat skills might not be at great at first since George is being held in captivity and doesn't have much of his survival. George is known by using objects as weapons against his opponents as he was able to knock down Lizzie. George even has proven to be able to climb on buildings and leap high distances. Though his speed is greater, it is not that fast as Ralph.

Ralph has retractable wing membranes between his legs that allow him to glide and fly like a flying squirrel. He has large porcupine-like quills on his back and tail that he can shake off and use as projectiles to shoot or impale at enemies. He is also strong as he is able to fight George and hold him down without too much difficulties. As he was being a wolf before mutation, his stamina was high though with genetic editing his attributes were enhanced as his stamina and speed is greater then George. Ralph is also able to run much longer distances and fight off the military easily. Ralph was also able to leap high distances and can take hit from explosions on his face with little suffering. His combat skills might also be a little better than George being from the wild life.

Lizzie is known as the biggest of the other monsters, making her much stronger and more durable. She is more than capable of handling both George and Ralph in combat as she was able to decapitate Ralph and beat George severely. Despite her larger size, she might not be as fast as Ralph and is more slower than George. She is still capable of scaling through buildings despite her bulky body. She has armored skin as well as durability as she was able to survive attacks from bullets, missiles and bombs (at one point, she recovered after having a belt of grenades thrown in her neck which explode and even survived a barrage of missiles). Her massive jaws are able to crush helicopters, but can do more harm to others and also has a large tail club with spikes that she can use as a mace to smash things with it. Just like normal crocodiles, Lizzie can swim, although she has an aquatic ability to breath underwater for long period time as she has fish-like gills on her neck.

Little is specifically known about the origins of Ralph and Lizzie, but George always showed a gentle and charismatic behavior in front of everyone in the sanctuary. After being infected, all three have shown fierce and aggressive behavior. 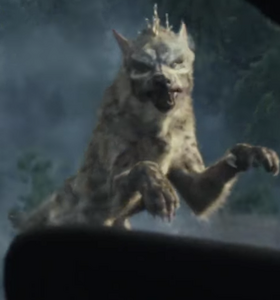 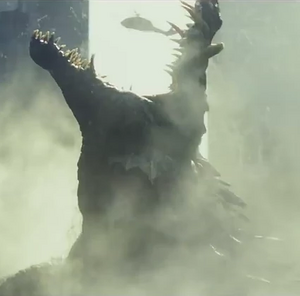 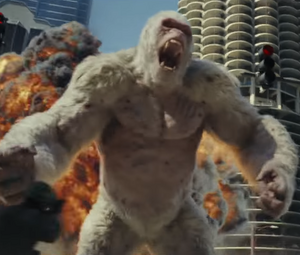 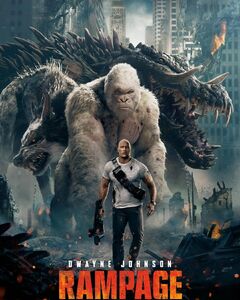 Retrieved from "https://villains.fandom.com/wiki/George,_Ralph_and_Lizzie?oldid=3481772"
Community content is available under CC-BY-SA unless otherwise noted.