Jennifer Gibson, better known as Geraldine Grundy and formerly known as "Miss Grundy", was a recurring character in the first and second seasons of Riverdale. While teaching music at Riverdale High School, she seduced Archie and began an affair with him despite knowing he was an underage student. After she was exposed by Alice Cooper for her crimes of statutory rape, she decided to pack up her things and leave her teaching job at Riverdale but not before eyeing some young high school boys lecherously through her heart shaped glasses before leaving.

She was portrayed by Sarah Habel.

In the pilot episode, she is seen sitting up front of the bleachers watching Cheryl Blossom give her speech about Jason Blossom when she looks to her side and sees that Archie is looking at her. Flashbacks detail their torrid affair during that summer when she met him. While driving her car and slurping a slushie drink, she peers through her heart shaped glasses and sees Archie working at the construction site. Taking advantage of this, she asks him what is he doing working so hard in the heat and offers him a ride home later. Eventually, they're both having sex in the back of her car on a rainy night.

After the speech, when Archie tries to get her attention, Grundy ignores him continually, brushing past many students. Until he calls out her first name, stopping her and catching her by surprise. When Archie pursues her in help for his music career she is hesitant. Eventually when more evidence piles up on Jason Blossom's murder and Archie remembers he heard a gunshot the day they were both together on the 4th of July, he goes to Grundy's house and begs her to confess. Grundy refuses to confess to the authorities about hearing the gunshot on the 4th of July, expressing her selfish fear of people wondering why she and Archie were together alone on the 4th of July. Despite Archie saying it's the right thing to do and confess, she still refuses and Grundy is willing to manipulate, seduce and even blackmail Archie into keeping his mouth shut about their whereabouts on the 4th of July.

After Archie finds out from Betty and Veronica that she changed her name and that her name isn't really Geraldine Grundy, Archie confronts her with this knowledge, causing her to tear up. She admits that her name isn't Geraldine Grundy but really Jennifer Gibson. She claims she changed her name just to escape an abusive marriage she was previously in but she could've been lying to Archie. Just as Archie amicably ends his romance with her, Alice Cooper bursts in accompanied with Fred Andrews and Betty Cooper with the knowledge of Grundy's inappropriate relationship with Archie as well as her history of committing statutory rape. Rather than letting Archie take the blame for her crimes, Grundy is given a choice to quit her job, pack up her belongings and move out of Riverdale or else she would be taken in to the authorities. Grundy leaves and the next day she is seen packing up her stuff and getting ready to leave in her car. As she does, she sees two boys going for a jog and eyes them through her glasses before leaving.

After she leaves Riverdale and takes up a new residence, she continues teaching music and starts up another inappropriate relationship with one of her students, a student by the name of Ben Button. After he leaves, she is ambushed by The Black Hood who had broken into her house where she is strangled to death by her cello bow, cutting her throat like ribbons. 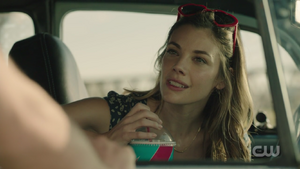 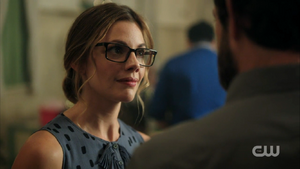 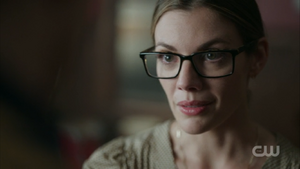 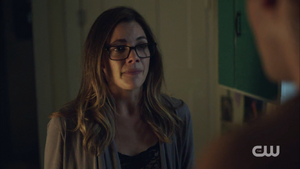 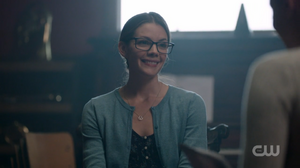 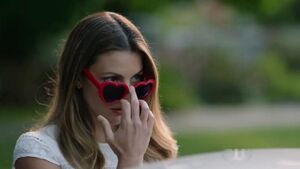 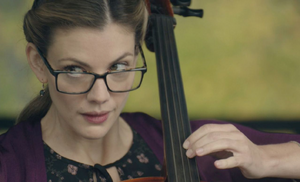 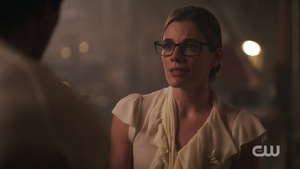 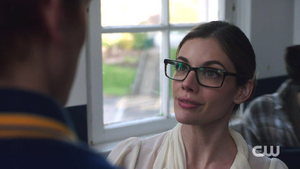 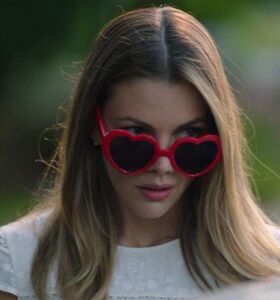 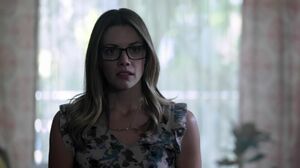 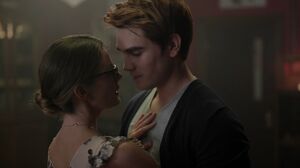 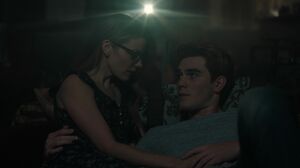 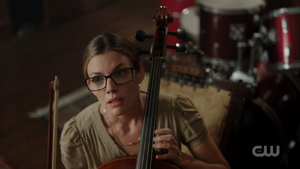 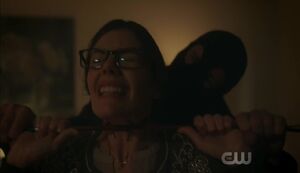 Jennifer being strangled to death. 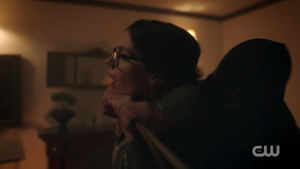