Champion of Kronika
Legionaire of the Titans

Make the current timeline and the entire universe perfect just like Kronika (failed).

Geras is one of the two secondary antagonists (alongside Cetrion) of Mortal Kombat 11, and a supporting antagonist in its DLC story mode, Mortal Kombat 11: Aftermath. He is an immortal artificial construct who is a creation and servant to Kronika, the Titan/Goddess of Time and serves as her main enforcer. Unlike his master, Geras, while evil, shows signs throughout both the story and gameplay of having a more honorable side.

He is voiced by Dave B. Mitchell, who also voiced Sektor in the same game, and Shocker in Marvel's Spider-Man.

An immortal construct, Geras is millennia old and has died a myriad of times, with each revival making him stronger. With his long life, he has experienced many events, such as the Ice Age and the Great Kung Lao’s defeat by Goro.

First seen when gathering the Jinsei hidden beneath the Shaolin Temple (secretly needed for the Hourglass), the past versions of Liu Kang and Kung Lao meet him there and defeat their present versions. Geras tries to stop the two from halting his duty, but Lao quickly cuts his head off with his hat. However, Geras reanimates himself, explaining that he is a fixed moment in time. He fights the duo and is defeated, but Kronika appears and freezes time on the duo. The two leave, and although Geras wishes to kill the heroes, Kronika denies his request, as she needs their present versions to help in her scheme.

After Sub-Zero and Scorpion lay waste to the Cyber Lin Kuei Assembly plant, Geras manages to convince both versions of Kano to join Kronika's side, for the promise of a hefty payday and for the Black Dragon Clan to be a massive group in the rebirth of the world. He then repairs Sektor, quickly asking him if his design can be mass produced. After both Kanos accept the duty to repair Sektor and make more Cyber Lin Kuei, he reminds the past Erron Black that they will receive what they earned. He then watches their interactions with Kano's present self who also joined in for the sake of taking over every market.

After the Special Forces free the past versions of Johnny Cage and Sonya Blade, Geras appears and destroys numerous soldiers on the way to the Cages, wishing to wipe Cassie away from existance. Geras, however, fails and is destroyed, his targets fleeing as he revives.

As Raiden leads the Shaolin, Outworld's forces, and the Special Forces to attack Kronika's Keep on the Isle of Kronika itself, Geras appears and fights Raiden in attempt to deter him from Kronika. Although he tells Raiden he cannot die, Raiden chains him to a anchor and pushes him into the Sea of Blood, destined to drown for all eternity.

Suspicious with the familiar outsiders, Geras alerted to his creator Kronika, who is in disbelief, due to the fact the Void is inescapable. He and Frost were tasked to find Shang Tsung, Nightwolf and Fujin. They, along with the Cyber Lin Kuei, arrive at Wu Shi Academy, attempting to capture them.

After Nightwolf defeats Geras, he cuts off his arms. One of Geras’ arms reattaches itself. Shang Tsung then opens a portal to Chaosrealm as Fujin uses some wind to blow Geras into it. Geras’ still unattached arm grabs Nightwolf's leg, but he simply kicks it into the portal. Shang Tsung claims that Havik will keep Geras "entertained".

Geras, wearing new armor, confronts Sindel and the rejuvenated Shao Kahn in the Soul Chamber, and demands their services to Kronika. Feeling betrayed by Kronika due to Kitana gaining the Outworld throne, Shao Kahn refuses his services and instead decides to attack the construct with Sindel. Being defeated, Sindel knocks a weakened Geras away where Shao Kahn approaches and mercilessly beats a downed Geras over the head repeatedly with his Wrath Hammer, completely destroying his head with one final slam. Despite his Immortality and regeneration capabilities, Geras is not seen again after his defeat in the Soul Chamber, leaving his status and whereabouts completely unknown.

Geras is visually similarly to a well-built, black man with blue eyes, armored sleeves, a lack of a shirt, and armored pants.

Having the ability to manipulate time and sand, similar to his mistress, Geras can rewind or stop time's normal flow, erase someone from time, repeat his previous action, and can teleport. For his sand abilities, he can use it to make blockades, making weapons out of it, and can transform into sand, avoiding harm. He can also manipulate the earth around him similar to Tremor, and has superhuman strength, inabling him to easily burst heads or rip someone in two. Geras also has some sort of immortality and can never truly die, reviving himself from any lethal energy. The time it takes for this depends on the severity of the wound, him taking longer to come back from a decapitation or being blown to pieces compared to being shot. He also possibly, with each death, becomes stronger and smarter. Said cycle lets him take on Raiden in a fight. However, the Thunder God still beats him despite Gera's confidence. Even before one of his deaths at the hands of Cassie, he was able to match the likes of Liu Kang and Kung Lao (depending on what character the player chooses) with ease.

Geras like most kombantants, is also skilled at martial arts. As mentioned above, he can give the likes of Raiden and Liu Kang trouble. Furthermore, like his master, he is highly knowlegable about what goes on in history. He even mentions important historical figures during several of his intros such as Joan the Arc. 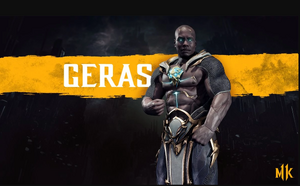 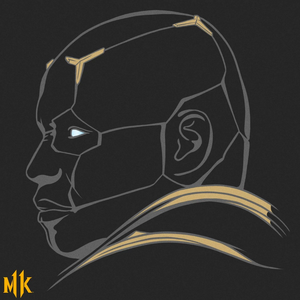 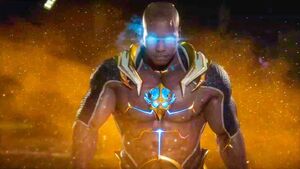 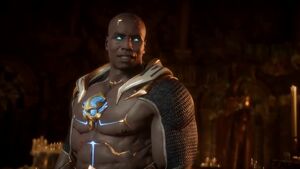 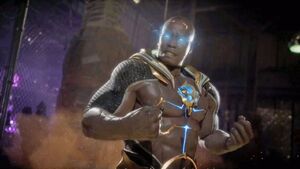 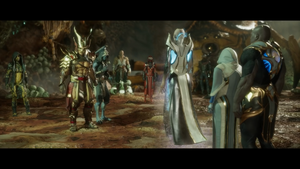 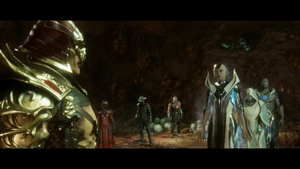 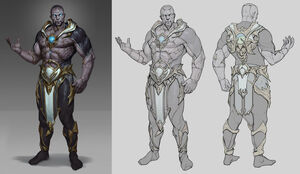 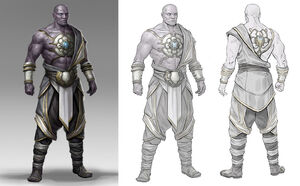 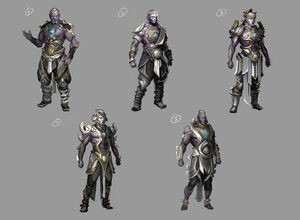 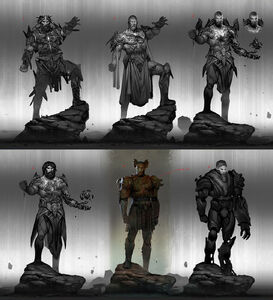 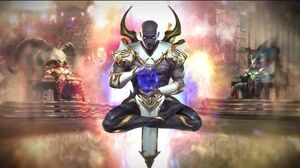 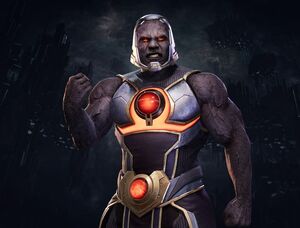 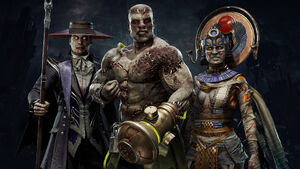 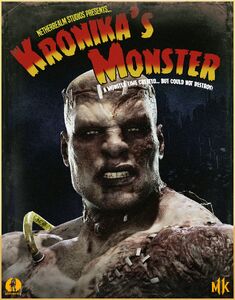 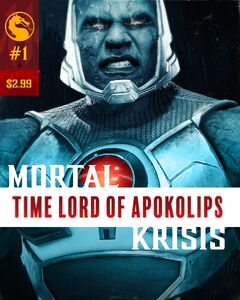 Retrieved from "https://villains.fandom.com/wiki/Geras?oldid=4132636"
Community content is available under CC-BY-SA unless otherwise noted.