Pilot of the Dark Matter Thieves

Geryuganshoop (ゲリュガンシュプ in Japanese), also known as "Geluganshp", is an antagonist from One Punch Man. A member of the Dark Matter Thieves, he is considered to be one of their strongest warriors, along with Groribas and Melzargard, and believes himself to be the most powerful psychic in the universe.

Geryuganshoop appears to be an octopus-like alien with translucent, blue skin and long tentacles. He appears to have yellow eyes at first, but these eyes later change into a drastic rainbow color. He also has a rainbow outlining throughout his entire body.

Geryuganshoop is a loyal follower of Boros. He is an egocentric, intelligent, manipulative, and calculating being, but at the same time, a coward, as he is shown to easily react in fear when the ship's in danger.

Although he demonstrates great power, he appears to be rather overconfident and arrogant, claiming himself to be the most powerful psychic being in the universe (unaware of others such as Tatsumaki). Because of this, he also believes he can handle Saitama, despite destroying the majority of the ship and took out Groribas, who is claimed to be one of the strongest warriors aboard.

Geryuganshoop is first seen operating the alien's mothership. After Saitama invades the ship and kills various of their soldiers, including Groribas, Lord Boros orders him to team up with Melzargard to stop the intruder.

Once he reaches to the control room, Geryuganshoop decides to fight Saitama, using his powers to create a massive gravity pull equivalent to a black hole. However, Saitama remains to stand, much to Geryuganshoop's surprise. He uses his powers again to toss a lot of sharp rock at Saitama. Unscathed, Saitama tells him that tossing rocks around is a waste of powers, then tosses a rock back at Geryuganshoop, splitting his head in half, killing him instantly.

As Dragon-level threat and a powerful psychic, Geryuganshoop is a powerful monster. 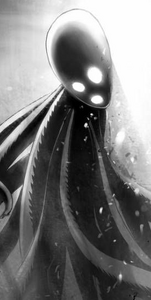 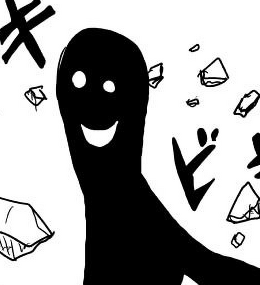 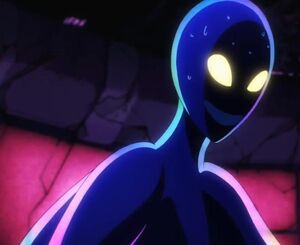