Defeat and kill Hurley to get revenge on him for abandoning him.

Use a nuclear weapon against the U.S. Navy's 6th Fleet and Mitch take out (both failed).

Ghost (whose real name is Ronnie) is the main antagonist in the 2017 film American Assassin.

He is a former Orion operative turned terrorist who plans on building a nuclear weapon. He was also Hurley's former pupil and Mitch Rapp's arch-nemesis until his death.

He was portrayed by Taylor Kitsch in his first villainous role.

Ronnie was one of the Orion operatives as one of Stan Hurley’s pupils. However, during a mission, Ronnie was caught in an explosion when he wouldn't obey any of Hurley's orders, making Hurley force to retreat with the hostages, not knowing that Ronnie survived, but was scarred. Seeing his mentor retreating without him, Ronnie was felt abandoned and betrayed and in acts revenge and puts himself under the identity of Ghost.

While verifying the sale of the weapon in Poland, Ghost immediately kills the sellers as well as two police officers before fleeing. He intends on selling the weapon to a buyer in Istanbul, and Orion is sent to intercept him. However, the mission fails, but Mitch Rapp pursues the buyer to his apartment, killing the man and taking his laptop. In Rome, while spying on a nuclear physicist, Ghost and his men capture Mitch and Annika, but are soon saved by Hurley. While meeting with a contact, Hurley is later attacked and captured by Ghost, and is taken to his hideout. At the hideout, Ghost tortures Hurley, during which Hurley deduces that Ghost is using his employers, and Ghost promptly kills them. Mitch later infiltrates the hideout, eventually ramming his car into the building and causing a massive explosion that destroys the hideout. Mitch frees Hurley, but Ghost later holds Annika hostage while escaping. Annika shoots herself, and Mitch pursues Ghost at sea, where he intends on destroying the U.S. Navy's Sixth Fleet. Mitch boards Ghost's boat and after a long and brutal fistfight, manages to kill Ghost by stabbing him in the throat with his own knife. Mitch later disposes of the nuclear bomb just before it explodes, the bomb wiping out Ghost's boat and taking him with it but failing to destroy the Sixth Fleet. 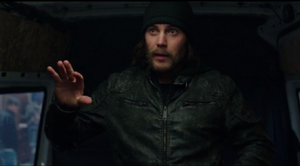 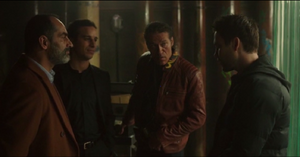 Ghost with some dealers. 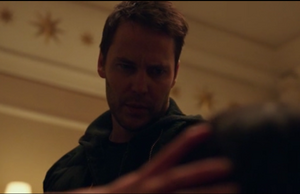 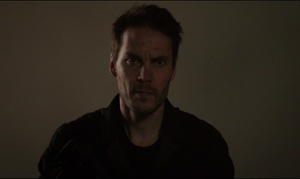 Ghost's evil stare after he shot Hurley in the leg. 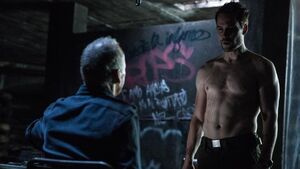 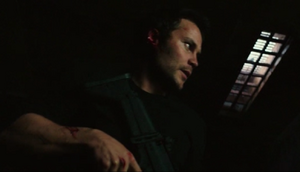 Ghost before kills the dealers

Ghost's evil grin when he pins Mitch to the wall and mocks him about not saving his girlfriend.

Ghost holding Mitch tempting to kill him with his knife. 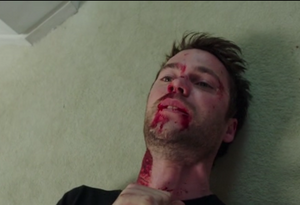 Ghost being palatalized after being stabbed in the throat by Mitch with his own knife before he meets gruesome demise.
Deutsch
Community content is available under CC-BY-SA unless otherwise noted.
Advertisement