NOTE: This article is about the incarnation of Ghost from the Marvel Cinematic Universe franchise. The mainstream version can be found here: Ghost (Marvel).

Finding a cure for her disease.

Steal Hank Pym's Quantum Realm Tunnel and use it to cure her condition.

Kill both Ant-Man and Wasp to prevent them from foiling her goal to recovery (both formerly; gave up).
Cure herself of her condition (succeeded).

She is a young woman with the ability to phase and bypass through solid objects due to an overexposure to Quantum energy in a failed experiment. However, her mutation is also a disease that is slowly killing her.

Ava Starr is a tall, slim woman with curly brown hair with a tan-skinned tone and green eyes. While wearing her costume, it is entirely colored white with some shades of grey made from rubber and an unknown texture. She also has a protective mask with red eyes and sensors that allow her to see someone without getting detected. Her hood also conceals the rest of her head as a sort of protection.

Ghost is first seen when she spies on Scott Lang and Hope Van Dyne (along with Hope's father Hank Pym) driving away with their miniaturized laboratory, learning of their plan to rescue Hope's mother Janet from a quantum realm. Ghost enters Sonny Burch's restaurant after Hope successfully defeats Burch's men and takes the part he refused to sell to her and engages her in a fight over the same part. Ant-Man quickly joins in on the fight to prevent Hope from being killed, although the two of them are unable to prevent Ghost from escaping. Outside the restaurant, she forces Hank Pym to give up his miniature laboratory by phasing her fist into his throat and then makes off with it.

With help from Bill Foster, Lang, Hope and Pym manage to track down Ghost's location, but they are quickly apprehended by Ghost, who promptly reveals her identity named Ava Starr, the adoptive daughter of Bill. She peacefully explains that her father was once a colleague of Hank Pym but was fired alongside Bill, prompting him to run a quantum test that failed and caused an explosion that killed Ava's parents and mutated her molecular structure, giving her the ability to phase through matter and become invisible. For years S.H.I.E.L.D. used Ava as a stealth assassin in exchange of researching a possible cure or her, during which they developed the Ghost Suit which gives Ava some degree of control over her abilities.

However, Bill discovered that Ava's powers are actually a deadly disease that will kill her. Foster built a cabin that feeds quantum energy into Ava to stabilize her, but Ava's condition will only worsen over time and the cabin can only do so much to delay the symptoms. Ava and Bill plan to cure her using the quantum machine (with Bill's help) to extract quantum energy directly from Janet. Believing that the plan might kill Janet, Pym refuses to tag along and he, Lang and Hope manage to retrieve the lab before escaping, much to Bill and Ava's distraught.

However, things took a turn for the worst when Burch learned of the trio's location and had his FBI contact Stoltz to inform the FBI, who then arrest Pym and Hope while Lang is forced to escape. This allows Burch to finally get hold of the lab before setting his plan to sell it. Fortunately, Lang broke Pym and Hope free before retrieving the lab and using it to open a portal to save Janet, but Ava arrives to confront them again. Inside the building, she uses the energy that is supporting Janet but is stopped by Ant-Man and Wasp once again. They eventually managed to get back to the real world unharmed, and Janet uses her energy to temporarily cure Ava of her condition. This allows both Bill and Ava to escape free while Burch and his men end up being arrested by the arriving FBI.

With Ava temporarily cured and Burch arrested, Lang and the Pym family decided to work more on the quantum energy in an effort to find a permanent cure for Ava.

Due to the accident that caused her parents' demise, Ava proved herself to be quite vengeful and ruthless in nature as she holds a grudge against Hank Pym for discrediting her father that inadvertently led to the accident. As Ava's condition worsens, she continuously becomes more desperate to find a cure and scared of death, acting out of impulse and not caring if saving her life implies killing others. Due to her extreme condition, Ava was willing to do anything that could help find a cure for her, even attempting to coerce Lang to help him out by threatening to kidnap his daughter Cassie and attacking her surrogate father.

Despite this, Ava does seem to care for her surrogate father Bill, even warning him to flee as she doesn't want him to be on the run from the authorities due to her actions. She even willingly gave up her grudge against the Pym family after Janet used the extracted quantum energy to temporarily cure her following the arrest of Burch and his men. 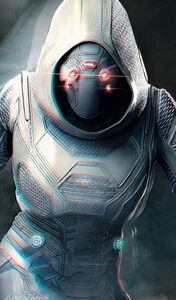 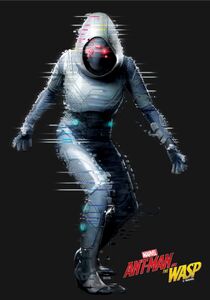 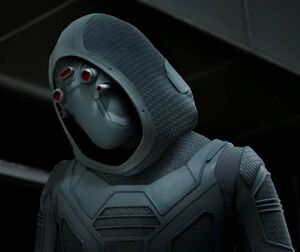 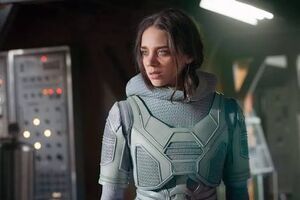 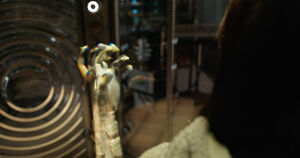 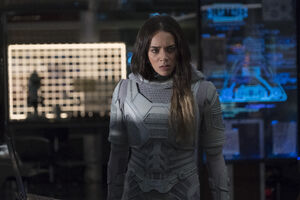