Kill every form of life in the world.

Ghost is enigmatic and manipulative, and tricks the player (and in turn the metafictional trainer) into using the easy methods of progression, even though they are filled with murder and cruelty. It shows no qualms about killing, and does it without hesitation or mercy.

The story consists of an account from a person who collects bootleg Pokémon games for fun. He enjoys playing them and making fun of their usually ludicrous content. One day, (long before the release of Pokémon Black and Pokémon White), he finds a bootleg of Pokémon Red at a flea market and buys it.

When he goes to play it, it functions normally, except that on top of Charmander, Squirtle, and Bulbasaur, there is another available starter Pokémon simply called Ghost, with its sprite being the same as the ghosts encountered in Lavender Tower. It was only level one and had only one attack called Curse. The player selects Ghost.

When in a fight, the defending Pokémon cannot attack, saying they are too scared to move. Whenever the player used Curse, the screen would go black for a moment, with the cry of the defending Pokémon being heard. When picture returned, the Pokémon would be gone and the opponent trainer would have one less Pokéball, meaning the Pokémon had been killed. When leaving the fight (whether winning or running), the trainer's sprite would also disappear. When returning, the spot where the trainer once stood would be occupied by a tombstone.

The player thinks the gimmick of this bootleg is that Pokémon and their trainers actually die. The player begins using Curse as his dominant strategy to progress through the game, even though it did not work on other Ghost-type Pokémon and did not kill bosses and rivals that would be encountered later, though it did kill them during the final fights.

After defeating the Elite Four, the game suddenly cut to black and appeared with the words "Many years later..." on the screen. The picture would return with the sprite of an old man (the player's character, now elderly) in Lavender Tower, surrounded by all the tombstones of the trainers killed. The player had no Pokémon, and walked very slow. He eventually made it back to his house in Pallet Town, though there were no other NPCs or Pokémon to be seen and the Lavender Town theme looping wherever in the game he went. As he entered the house, the game would suddenly cycle through sprites of every Pokémon killed by Curse. It then cycled through the sprites of all the trainers killed as well.

The screen then cuts to a battle screen, with the elderly player character encountering Ghost, who wants to fight. The player cannot escape or use items, and can only Struggle. When Ghost attacks, it simply displays the text "...". When the player's health is low enough, Ghost uses Curse, and the game resets.

The player states that he played through the game again several times afterwards with different strategies, such as not using Ghost at all, but all end with Ghost fighting and killing the player's character. He is confused by this bootleg and later begins obsessing about it, even suffering mental breakdowns trying to figure it out. 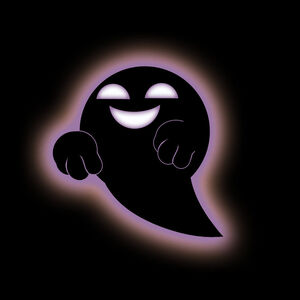 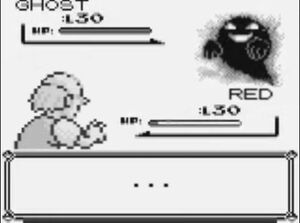 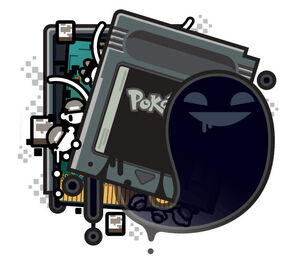 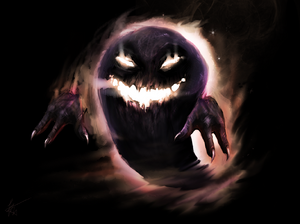 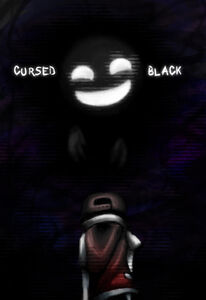 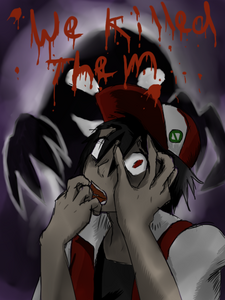 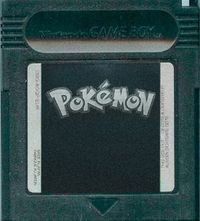 The alleged cursed cartridge.
Add a photo to this gallery 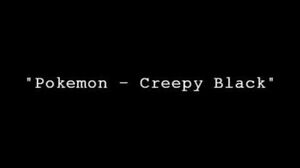 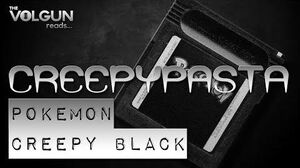 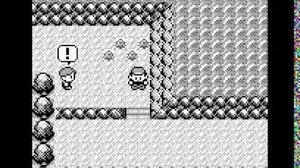 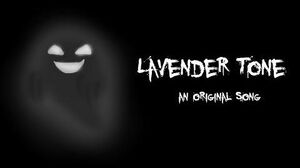 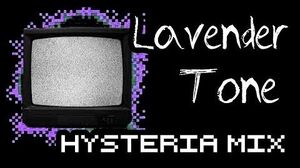 Lavender Tone (Hysteria Mix)
Add a photo to this gallery

Retrieved from "https://villains.fandom.com/wiki/Ghost_(Pokémon_Creepy_Black)?oldid=4177030"
Community content is available under CC-BY-SA unless otherwise noted.