Get revenge on the circus for sending him to prison (failed)

The Ghost Clown is a recurring antagonist in the Scooby-Doo franchise.

Ghost Clown first appeared in the Scooby-Doo! Where Are You? episode "Bedlam in the Big Top". He was secretly portrayed by Harry the Hypnotist. He dressed up as the Ghost Clown, He was seeking revenge against the circus because he was sent to prison after he was caught stealing at the circus. In his revenge, he dressed up like a clown and hid in the shadows to terrorize the circus by sabotaging equipment.

When Mystery Inc. became involved in the conspiracy, he began turning them into his mindless slaves with his hypnotic golden coin (brainwashing Scooby into walking on a tightrope, Daphne into dressing up like a ballerina and riding a unicycle nonstop, and Shaggy into lion taming). Fortunately, other members of gang snapped them out of their respective trances.

After a plan to capture him in a cage backfires, Scooby and Shaggy decide to turn the tables on the clown by making him inadvertently hypnotize himself into acting like a chimpanzee. Afterward, he is unmasked, unhypnotized, and sent back to prison.

Ghost Clown was a common enemy in the 2005 videogame Scooby-Doo! Unmasked.

Ghost Clown was the second boss in the 2006 videogame Scooby-Doo! Who's Watching Who?.

Ghost Clown appeared in the 2010 live-action film Scooby-Doo! Curse of The Lake Monster.

Ghost Clown appeared in the 2013 film Scooby-Doo! Mask of The Blue Falcon.

Scooby-Doo! And The Curse of The 13th Ghost

Ghost Clown appeared in the 2019 film Scooby-Doo! And The Curse of The 13th Ghost.

The Ghost Clown (and by extension Harry the Hypnotist) is one of the most evil and sinister villains of the Scooby-Doo franchise. He took sadistic delight in bringing harm to his hypnotized victims when he programs them to do life-threatening circus acts and releases them from their trance just to rub salt on the wound. He is also excepionally greedy and spiteful as the reason why he was arrested was because he stole some money and seeked revenge against the circus for this even though they had every right to send him to jail. He is implied to have a flexible side when it comes to terrorizing his victims as he doesn't just use hypnosis to handle them. He sabatoged the equipment some of the performers were using and he locked Fred in a costume closet. 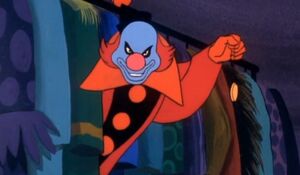 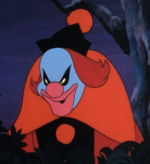 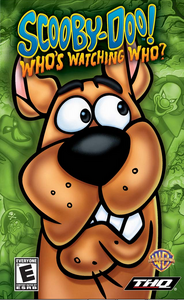