Prevent anyone from making it through the spooky castle alive.

Ghosts are minor antagonists from the LittleBigPlanet puzzle platforming video game series. They are a series of hostile ghosts that haunt The Gardens.

In the level "Skate to Victory", the King tasks Sackboy with navigating the "scary castle" as a test of his skills. After getting advice from the Queen and Dumpty, Sackboy enters the haunted castle, full of traps and stomping boots. There, he encounters the ghosts, who float around the castle and serve as obstacles. If Sackboy touches them, he will die. He must navigate through the shifting spirits to perform puzzles and unlock doors, all while the ghosts get in his way. This includes navigating between three ghosts blocking a button to unlock the next door, a single ghost weaving around the next button, and ghosts guarding elevators and paths.

One ghost actually speaks, and is used to introduce Sackboy (and the player) to two player co-op sections.

Eventually, Sackboy manages to maneuver through the castle's guardian ghosts and traps, and makes his way to the top of the castle where Dumpty provides him with a giant skateboard to ride back down to safety on.

The ghosts make a cameo in the LittleBigPlanet theme of the game, appearing in the background.

In The Journey Home DLC, in the level "Spring Time in the Gardens", the ghosts again return as obstacles. Dozens are found throughout the Gardens' castle, blocking Oddsock's path and flying around trying to grab it. Later in the level, the ghosts begin spitting fireballs at Oddsock. Oddsock escapes, but comes across a boss ghost wearing sunglasses that fires giant fireballs while two other ghosts rotate the platform Oddsock is standing on. After dodging enough times, the King will come help by defeating the boss ghost and allowing Oodsock to escape. 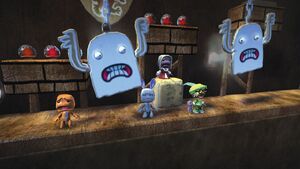 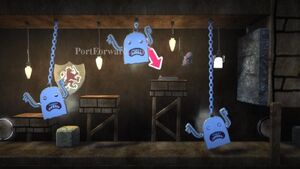 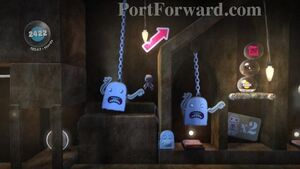 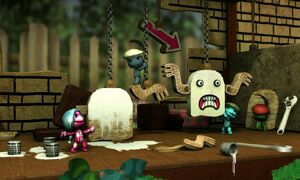 Ghosts in prootional material for LittleBigPlanet 2.

A ghost on the "Skate to Victory" level icon. 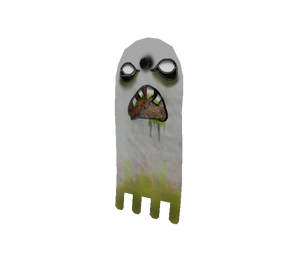 A Ghost Decoration
Add a photo to this gallery 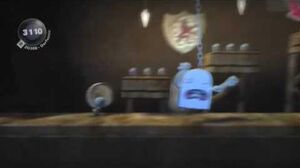 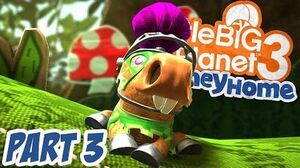 Retrieved from "https://villains.fandom.com/wiki/Ghosts_(LittleBigPlanet)?oldid=4103241"
Community content is available under CC-BY-SA unless otherwise noted.