To continue selling drugs in Riverdale's Southside and in Southside High (failed).

To win the street race between the Ghoulies and Serpents (failed).

The Ghoulies are supporting antagonists in the second and third seasons of Riverdale. They are a ruthless gang of barbarous thugs led by a man named Malachai and and the rival gang of the Southside Serpents. Among their activities, they deal in drugs and street race for sport. They are also rumored to have committed cannibalism.

The Ghoulies sat in the cafeteria of Southside High as Southside Serpent member, Toni Topaz, escorted new student and son of Serpent leader, Jughead Jones, throughout the school. She warned Jughead against fractioning off. Should the Ghoulies discover that he's alone and vulnerable, they'd attack, though he failed to heed her warning, which was a costly mistake.

A couple days later, as Jughead left the Red and Black offices, he was viciously attacked by the Ghoulies while attempting to exit the school.

After Mayor McCoy and law officials declared war on the Southside and began systematically arresting Serpents, Tall Boy made a deal to form an alliance with Malachai, the leader of the Ghoulies. Jughead refused to do business with them as they were thugs and hard drug dealers. He and Archie later concocted a plan to have a street race against the Ghoulies. If Archie and Jughead won, the Ghoulies would stop selling drugs at Southside High. If Malachai and the Ghoulies won, they could continue their operations and own White Wyrm and Sunnyside Trailer Park.

At the race, Cheryl Blossom raised the flags and allowed it to begin. Ambitious and filled with an urge to do the right thing, Jughead went out of his way to try beat the Ghoulies in the race. However, the Ghoulies resorted to cheating as they slamsided against his car throughout the race. When they seem to have caught up with the Ghoulies, Archie pulls the lever bringing the car to a halt. Jughead furiously demands why he did it, only to discover that Archie had them all lured into a police trap, where they would be arrested for street racing and drug dealing. He and Archie ran and came to warn their friends and the Serpents. Tally Boy accuses Jughead of calling the police, before Archie reveals that he was the one who called Sheriff Keller. An infuriated Jughead demands his reason, and Archie claims that the Ghoulies are gone now, meaning that their drug dealing days are over now that they're arrested. Jughead angrily points out that they will probably only be in jail for a few months, and will come back for vengeance against them in the future, before they, their friends, and the Serpents all part ways and drive away. 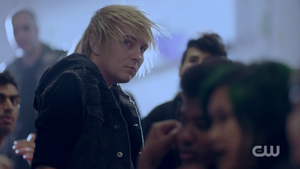 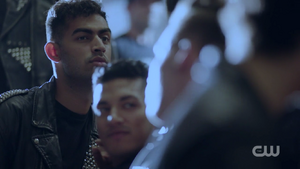 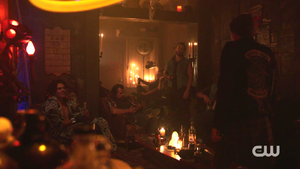 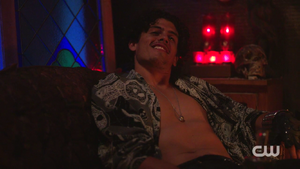 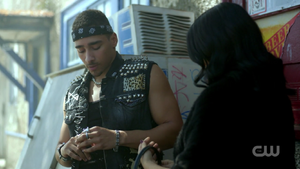 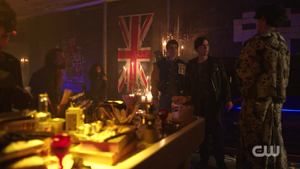 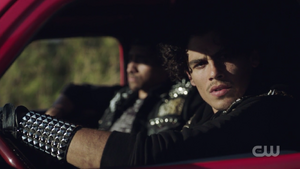