The Giant Amoeba is a colossal manifestation of Genus lifeform, Nitrogen-based alien species from unknown origin. In appearance, it resembles an amoeba that enlarged million times from their original size to the point it was around side of mountain.

The only thing that can destroy it is Selenium.

This lifeform, alongside other Genuses in the movie, arrives on Earth inside a meteorite. Near the end of the film, the military try to destroy the aliens by sending them large amounts of napalm. However, the explosion makes them grow up even more quickly, resulting the manifestation of Giant Amoeba that becomes so huge that it crushes all its congeners. Now mountain-sized, the Giant Amoeba escaped makes a lot of damage in the surrounding city and kills several militaries before began duplicate itself. However, the protagonists arrives armed with Selenium. They successfully poisons the Giant Amoeba, which makes it explode.

In Alienators: Evolution continues, Giant Amoeba was shown in stock footage at the first episode, though its color was changed into pink. 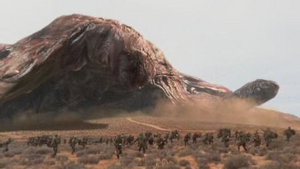 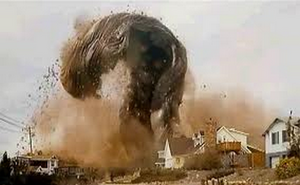 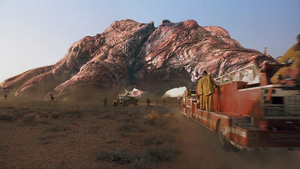 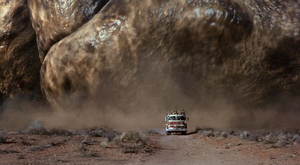 Retrieved from "https://villains.fandom.com/wiki/Giant_Amoeba?oldid=3889485"
Community content is available under CC-BY-SA unless otherwise noted.