Ability to kill people with their mandibles and acid stingers

Multiply to be the dominant species on Earth.

The Giant Ants, also better known as Giant Carpenter Ants, are the main antagonists of the 1954 monster film THEM!. They were regular ants that enlarged due to nuclear weapon tests.

Their vocal sound effects were provided by the late William A. Mueller.

The giant ants were first normal carpenter ants that lived in New Mexico but were mutated into huge killers by nuclear weapon tests. Later, they killed off people from their acid in which they first killed a store owner. The two police officers later found a little girl all by herself and the dead store owner in the desert. A team of FBI agents, scientists and police officers come together to investigate the mysterious deaths. They are attacked by a giant carpenter ant and kill it by shooting its antennas. They find an entrance to the hive of the Six-legged terrors which is covered in remains of unlucky victims of the huge insects and kill the ants in it by gassing the colony and burning the survivors with flamethrowers. The team finds three huge, open eggs in the breeding chamber of the hive. The scientist of the team explains that three ant queens which are searching for a new place to start a colony.

A pilot in Texas gets attacked by said ant queens but survives, unlike most of the crew members of a ship in which an ant queen hatched her brood before getting destroyed by the Navy. The showdown takes place in the sewers of Los Angeles after the President of the United States declares martial law on L.A. in which all the ants in the sewers get eliminated by the army, including some newly hatched queens. 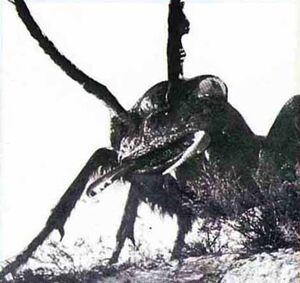 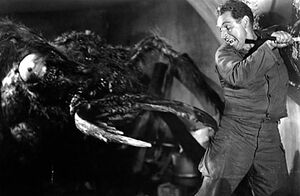 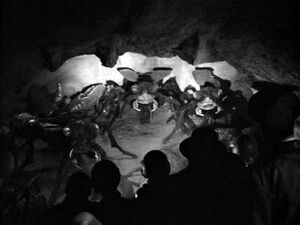 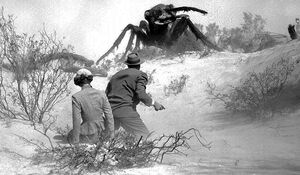 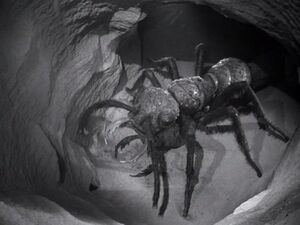