Doing its job without interruptions.

Do its job without interruptions.

Send junk to Crusher (even if it means killing Rob with no regrets).

The Giant Magnet is the main antagonist of Disney's 1987 animated film The Brave Little Toaster, which is based on the 1986 novel of the same name by the late Thomas M. Disch. It is an orange junkyard magnet attached to the T.C. (Tower Crane).

While having no voice, the sound effects for it were provided by David John West.

The Giant Magnet is the final antagonist in the film. He appears near the end of the film, when the main characters are sent to Ernie's Disposal, an automotive junkyard. During the song "Worthless", the Giant Magnet mercilessly kills one out of nine of the Junkyard Cars, picking them up and dropping them onto a conveyor belt leading to a Crusher, as it crushes them into tiny cubes, while Toaster and his fellow appliances try to find cover from the Giant Magnet. Unlike the Junkyard Cars, he does not even have a happy expression, a sad expression, or a fearful expression. Therefore, he only has an angry expression.

The Giant Magnet is known for being a cold, uncaring, and destructive machine that is created to destroy, so it shows no sympathy for his victims and has no regrets about killing them. Although the Magnet is simply performing its job (just like Elmo St. Peters) to destroy the cars, he later chases the appliances, deliberately picking up every object (or more) they hide under. When the Master arrives at Ernie's Disposal to retrieve his appliances, he grabs onto them just as the Magnet picks them up, being lifted into the air and dropped onto the conveyor belt along with them. As they are about to be killed by Crusher, Toaster jumps into the workings of the machine, using his own body to jam its gears. Crusher is disabled just in time, and Toaster is repaired by the Master. The Giant Magnet's fate is left unknown; it seemed to have lost its grudge on both the Master as well as his appliances and continues on with its intended job at the junkyard. 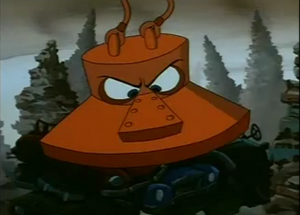 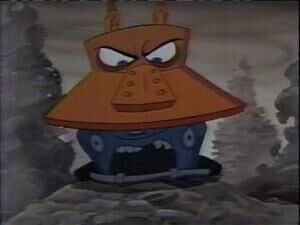 The Giant Magnet with Sedan. 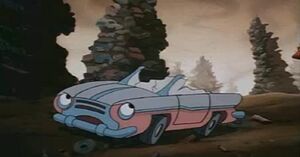 The Giant Magnet with Convertible. 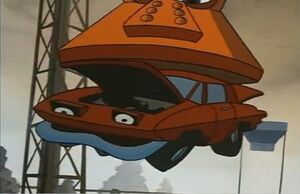 The Giant Magnet with T.C., Crusher, and Corvette. 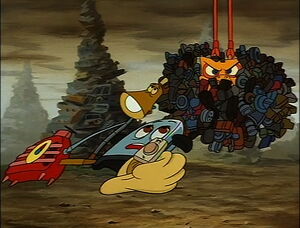 The Giant Magnet with Toaster, Lampy, Radio, and Blanky. 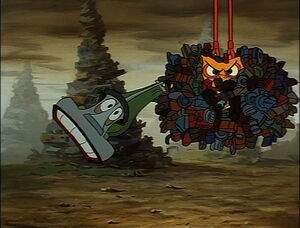 The Giant Magnet with Toaster and his gang. 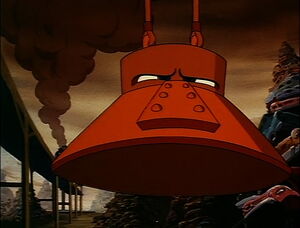 The Giant Magnet with Crusher. 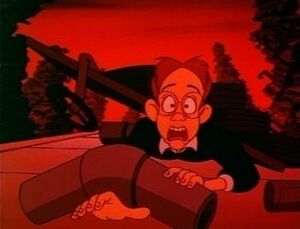 Rob with Crusher.
Add a photo to this gallery 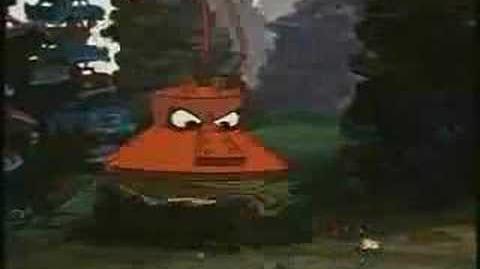 The Brave Little Toaster - Worthless (No Interruptions)
You're Worthless...
Add a photo to this gallery

Retrieved from "https://villains.fandom.com/wiki/Giant_Magnet?oldid=4274105"
Community content is available under CC-BY-SA unless otherwise noted.