Greater mobility due to their sizes

Harassing and pestering players in quest

Various depending on members and individuals.

Giants are a race of very large humans or humanoids and a species in the King's Quest video game series.

Giants are very strong humans, although there are reports of giants that are merely humanoid, resembling humans. Giants are massive beings, the smallest of whom are over ten feet tall, and the largest big enough to have their heads touch the clouds.

An angry Giant lived on Harlin's Island north of Serenia. He liked harp music. He blocked the Wanderer's way to Harlin's castle. The Wander had to play a Harp for him (the game cannot progress until the Wanderer makes the stubborn giant happy). The giant thanked the wanderer and left with the harp.

Another Giant lived in the land of the clouds. Dahlia gave the Chest of Gold to the giant for safekeeping. When Graham encountered the giant, he had been holding the chest for longer than he could remember. Wanderer's task is to take Chest of Gold from this less-than-willing giant to progress.

The Ogre and the Ogress are from a race of ogre giants. While Ogress is a decent giantess, Ogre is quite a nasty character. Those traveling through Tamir must avoid him at all costs. He does nothing to help others, and his dog is dangerous to those who might try to enter their house. It is suggested that people be "beware of the dog".

Avoid or give them what they want, they will be content. Upsetting them is extremely unwise. 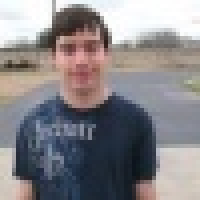