Villains Wiki
Register
Don't have an account?
Sign In
Advertisement
in: Villains of Folklore, Mythology Villains, Theology Villains,
and 24 more

Folklores around the world

Various, but are primarily from Earth

Giants are beings of prodigious sizes and strength common in the mythology and legends of many different cultures: it has been theorized that the myth of Giants came from a symbolism of overcoming a great many powerful enemies, thus ancient heroes and Kings would be remembered as slaying mighty Giants (who symbolized their defeat of armies or enemy kingdoms/barbarian hordes).

A Giant is a very common folkloric monster, as well as a regular antagonist in fairy tales, these beings are often confused with Ogres and vice versa and although the words can be interchanged their are a number of differences between a true giant and an ogre both in folklore and in fairy tales (although fairy tales tend to confuse the two monsters greatly).

Giants are often depicted as humans of abnormal size - often hundreds of feet tall - unlike the monstrous and often ugly Ogre, a Giant tended to be depicted as very much a normal human, albeit greatly magnified: in some cultures (most notably the Norse) Giants were also seen as embodiments of nature itself and were seen as formidable opponents of the gods (perhaps a throwback to memories of the Titans, a similar race of gigantic beings that warred with the Olympian gods in antiquity).

Although not as ugly or stupid as Ogres the Giant was seen as cruel and often viewed humans as food, unlike Ogres not many Giants were known to eat their own kind - he would lord over some distant domain and often horded treasure or other goods and would sometimes attack villages or travelers in his spare time - also unlike the almost universally evil Ogre the Giant was seen as a being that could choose to be good or evil and a great many Giants aided humanity as well as opposed it.

Much like the Ogre a female Giant was known as a Giantess and she was often depicted as strikingly beautiful - in most fairy tales and folklore the Giantess was almost universally peaceful and when malignant was more of a deceiver or trickster than a brute, though exceptions existed: such as a pair of Giantess sisters who tried to crush the Norse god Thor via lifting a chair he was sitting on up onto a roof only for Thor to snap their backs with his superior strength.

There are also accounts of giants in the Old Testament. Some of these are called Nephilim, a word often translated as giant although this translation is not universally accepted. They include Og King of Bashan, the Nephilim, the Anakim, and the giants of Egypt mentioned in 1 Chronicles 11:23. The first mention of the Nephilim is found in Genesis 6:4; attributed to them are extraordinary strength and physical proportions. They are depicted as hybrids born from an angel (angels who desired to live with humans and forsook their duties as angels) and normal humans.

Although formidable opponents a number of legendary heroes made themselves famous by becoming Giant-Killers and even in modern usage the word "Giant-Killer" is used to describe someone to overcomes the odds: two of the most famous Giant-Killers of lore are Jack and Thor.

In fact some folklorists suggest the use of Giants in stories were symbolic of leaders or heroes who had to face a great many enemies, thus instead of detailing wars against large armies or numerous opponents tales instead told of the figure battling a Giant - winning against a Giant is thus symbolic of defeating an extremely dangerous or numerous foe (such as was the case in David and Goliath, where Goliath represented the entire "pagan" world and David represented the then young monotheist world - David's defeat of Goliath was thus seen as a symbolism for the fall of the "pagan" world itself.). 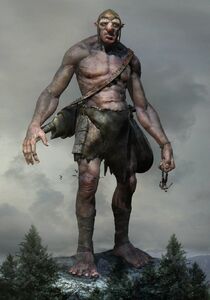 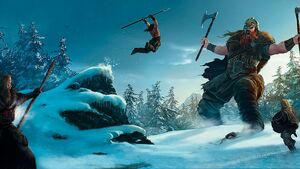 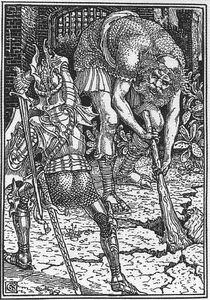 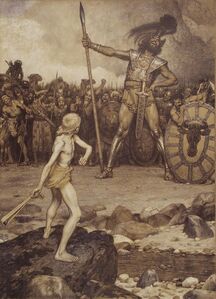 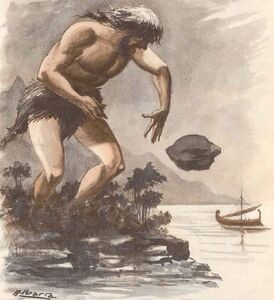 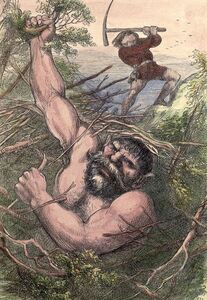 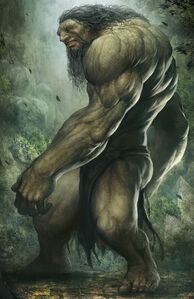