Gideon is one of the main antagonists of Disney's 2nd full-length animated feature film Pinocchio, which is based on the 1883 Italian novel The Adventures of Pinocchio​ by the late Carlo Collodi. He is the silent minion of Honest John and is far less intelligent than his partner. In spite of this, Gideon still manages to help the fox with his crimes. He would often use a mallet to hit people with.

He was voiced by the late Mel Blanc in the original film, and Alan Dinehart in An Adaptation of Dickens' Christmas Carol, Performed by The Walt Disney Players.

Gideon is a short, slender brown anthropomorphic cat with a tan face and a neck, a cream muzzle, green eyes, a lavender shirt with a yellow cape, white opera gloves, purple pants, and an old gray top hat.

Gideon first appears strolling down the street with Honest John when they see that Stromboli has come back to town and recalled how they once tried to trick him by making Gideon look like a puppet. They then come across Pinocchio. Realizing that he is a living and breathing puppet, they decide to get rich by tricking Pinocchio into thinking they are friends and leading him to Stromboli.

They later meet The Coachman in the Red Lobster Inn and the Coachman discusses his plans to send naughty boys to Pleasure Island.

Honest John is shocked by this and is horrified when the Coachman tells them they never return as human boys. Nevertheless, Honest John and Gideon obey the Coachman's orders out of fear and not out of money. The duo encounters Pinocchio again and pretends to be doctors, convincing the wooden boy that he has an allergy that can only be cured by a visit to Pleasure Island. They give him a ticket and bring him to Pleasure Island. They are not seen again for the rest of the film, but in a deleted scene they are arrested by the police.

Gideon will try to use his mallet when Pinocchio runs to try and make him trip, taking some life off him.

Gideon appears in the cartoon series along with many other Disney characters. He usually sits with Honest John. He is used as an example of temptation by Jiminy in Jiminy Cricket. He also makes a cameo appearance in Mickey's House of Villains, but does not take part in the takeover.

Gideon and Honest John were originally set to appear in Kingdom Hearts 358/2 Days, due to their popularity, in a Pinocchio-based world. The idea was dropped due to space restrictions.

Unlike his friend, Honest John, Gideon is fragile, idiot, and silly. Without his boss, Gideon would most likely make petty thefts and pickpocketing, perhaps given a large number of arrests. He followed the "easy way," but uneducated, and therefore cannot read or write. Honest John seems to be the idol of Gideon, as he sometimes tries to imitate him. Gideon is also a bit more brutal than Honest John, as seen when he planned to knock out Pinocchio with his mallet in order to kidnap him and sell him to Stromboli, only to be arrested by the honest John, who wanted to take a more human approach or thought that the use of blunt force would draw unnecessary attention to their scam. In addition, Gideon takes charge of using brute force if it believes that Honest John's plans do not seem to be working by a sneaky persuasion. Despite this, Gideon is smart enough to think of a way to get Honest John off his hat (especially after he got him in to start with). 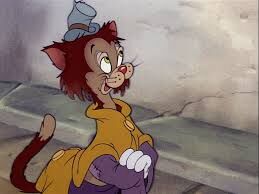 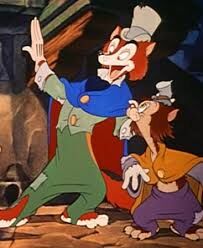 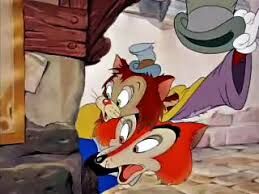 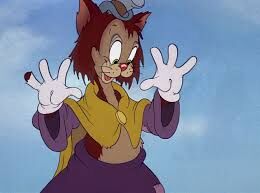 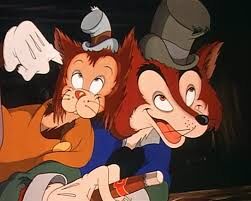 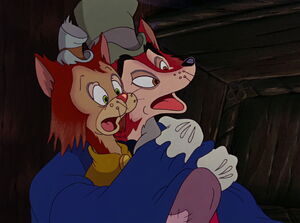 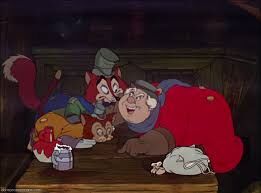 Gideon and Honest John made a deal with the Coachman's plan. 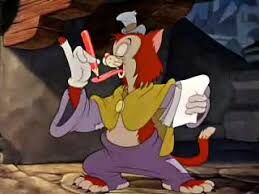 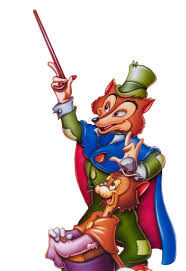 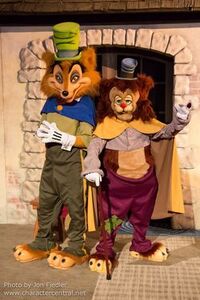 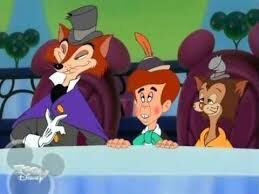 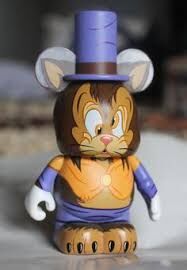 Gideon in Disney Vinyimation.
Add a photo to this gallery 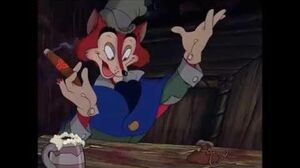 Retrieved from "https://villains.fandom.com/wiki/Gideon_(Pinocchio)?oldid=4033738"
Community content is available under CC-BY-SA unless otherwise noted.