Create a new civilization of grasshopper mutants and rule over it as its god.

Giichi Onizuka aka Cyborg Soldier Level 3 was the lab partner of Dr. Daimon Kazamatsuri and a major antagonist in Shin Kamen Rider: Prologue.

Onizuka and Kazamatsuri conducted an experiment which Kazamatsuri believed was to cure diease, when in fact its true purpose was create new super soldiers for the syndicate. However, Onizuka secretly plotted to use the experiment to create a new being from a fusion of grasshopper and man and rule over them as God. To this end, Onizuka sabotaged the experiment to alter the DNA of both Shin Kazamatsuri and himself, as well as creating a psychic link between them.

Following this, Onizuka would periodically transform into his Cyborg Soldier form to rampage across the city in order to fulfill his own lust for violence. Shin telepathically witnessed Onizuka's assaults in his dreams, and initially believed himself to be responsible, though he soon found his heroic resolve and began looking for answers.

Confronted by Shin, Onizuka attempted to subtly influence him to embrace his violent side, but Shin is unable to understand his complex speech and dismisses it. Onizuka then begins opposing the Syndicate, prompting them to send out a security force to capture him. The security force places the imprisoned Onizuka in the trailer of a cargo truck to transport him to an unknown location. However, the truck is pursued by both Shin and the CIA.

Ambushed by the CIA, Onizuka is granted an opportunity to escape after the Syndicate's forces are killed, but he instead opts to kill the CIA officers, leading to him being fired upon and killed by a rocket launcher. As he burns to death, Onizuka sends a telepathic plea for help to Shin, causing Shin's full transformation. 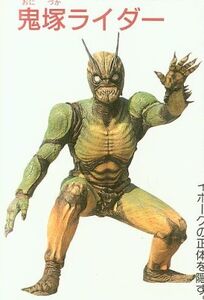 Add a photo to this gallery
Retrieved from "https://villains.fandom.com/wiki/Giichi_Onizuka?oldid=3557441"
Community content is available under CC-BY-SA unless otherwise noted.