To keep his business going (failed).

Gilbert "Gil" Turner is one of the main antagonists of season 1 of Bates Motel, and a minor antagonist in season 2.

He was portrayed by Vincent Gale.

Gil had a brother-in-law whom he worked with in the marijuana trade of White Pine Bay, Oregon for 25 years. At some point, his brother in law was murdered by Nick Ford's men due to the competion between the two in the business. After his death, his daughter, Jodi Morgan, took over the business with her brother, Zane, working for her.

Gil had been in a relationship with Blaire Watson-but unbeknownst to him, she had been cheating on him with one of his employees, Jerry Martin. Once Gil found out about this, he killed Jerry by setting his body on fire. He eventually does the same to another man for double crossing him and hangs his burning body upside down in town square. At some point, Dylan Masset got a job in a security position for Gil. Dylan was promoted for killing a tweaker for murdering another one of Gil's guards, Ethan Chang, in his truck. Gil has Dylan drive the truck up a hill and set it on fire to get rid of any evidence. He hires one of his men, Remo Wallce, to pick Dylan up. He ends up letting Dylan take Jerry's office due to his anger at the man and requests that he throw out all of Jerry's belongings - even more upset that Jerry's death caused him $100,000.

4 months later, Jerry's daughter, Bradley, shows up at Gil's driveway to question him over her father's death after she finds out about the affair. Jerry subtly implies that he'll give her advice only if she has sex with him, but she refuses. All Gil tells her is essentially that Jerry was not who he seemed and she leaves. The next day, he orders Dylan to kill her the next time she comes over. However Dylan simply warns her not to ask Gil questions again as well as gives her the truth about Jerry's death. The following night, Bradley comes over the Gil's house, pretending to seduce him for information. Gil agrees to give her answers as he sits on the couch once she takes his belt off. However instead, Bradley gets her father's gun out and shoots Gil in the head for revenge, killing him. Zane Morgan ended up taking over the business, along with Jodi, which has disastrous results. 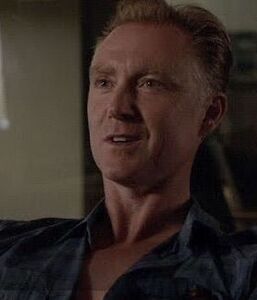 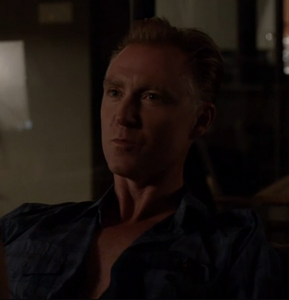 Add a photo to this gallery
Retrieved from "https://villains.fandom.com/wiki/Gil_Turner?oldid=2855474"
Community content is available under CC-BY-SA unless otherwise noted.