Villains Wiki
Register
Don't have an account?
Sign In
Advertisement
in: One Piece Villains, Criminals, Bigger Bads,
and 40 more

Gild Tesoro (also known as Gold Emperor and the Monster of the New World) is the main antagonist of One Piece Film: Gold. He was formerly the Casino King who was the proprietor of Gran Tesoro, the largest entertainment city-ship in the world, before his defeat and arrest.

Despite making his first full debut in One Piece Film: Gold as its main antagonist, Tesoro appears as a cameo of both the filler arc, Silver Mine Arc (EP 747~750), and Heart of Gold special, where he serves as the Greater Scope Villain in both of them.

Teroso was born inside a poor family where his father wasted all of their money on gambling. Teroso's father squandered so much that there was not even a penny left in their family, and due to this poverty, Teroso's father died in sickness after he failed to afford medical fees. Teroso liked singing when he was a child and dreamed to become a famous star, but his mother, who was an alcoholic, abused him and forbidded him from realizing his dream. Fed up with his childhood life, Teroso left his family at the age of 12. He started stealing money, and befriended some people after giving money to them. He spent the money on gambling, liquor, and fighting.

He then met a girl named Stella in a human shop, and they fell in love. Since Stella hated criminals, Tesoro started legitimately earning money in order to purchase her freedom.

However, a World Noble came into the shop three years later and bought Stella easily. An enraged Tesoro attacked the World Noble, but was defeated by his security guard; Tesoro was enslaved and taken to Mariejois as well. During his time as a slave, Tesoro was constantly mocked and abused by his masters, who even forbade him from smiling. Two years later, Tesoro heard that Stella died, and was enraged that he could not buy her away from her fate, causing him to become obsessed with money. Tesoro was freed from slavery five years later during Fisher Tiger's attack on Mariejois, and resumed a life of crime. He changed the Hoof of the Soaring Dragon mark on his back into a star mark.

Three years later, the Donquixote Pirates held an auction for the Gol Gol no Mi. Tesoro sent criminals to the auction venue to kill many people and eventually gained possession of the fruit. Donquixote Doflamingo got angry, as he never actually intended to sell the fruit, but Tesoro defeated his assassins. Three years later, Tesoro's fame grew and Tanaka joined his crew. Doflamingo heard of his exploits and tried to kill him again a year later, but he was unable to defeat Tesoro's strong crew. Doflamingo decided to use Tesoro as a business partner instead of killing him, and gave Tesoro connections in the World Government. Dice joined Tesoro's crew around this time.

Two years later, Tesoro's illegal business succeeded and he became very rich, building the Gran Tesoro and becoming a respectable world power for the World Government and World Nobles. He intended to use vast wealth to become the most powerful person in the world, and aimed to make the World Nobles obey him in the future.

At some point afterwards, Tesoro defeated the captain of the Silver Pirates Alliance, Bill, and his crew with the power of his wealth. Since then, Bill served Tesoro and paid him a regular tribute of silver from the island of Silver Mine, setting up the later events of Silver Mine Filler Arc.

At the final episode of this filler arc, Tesoro was revealed to be the one behind Bill and the Siver Pirates Alliance. When Bill met his first defeat, Tanaka appeared in front of him and warned Bill that Tesoro would be displeased when he knew about Bill's failure. Not wanting his master to abandon him, a horrified Bill consumed a great amount of silver ore and turned into a monstrous living furnace filled with molten silver before engaging his final fight with Luffy, but was defeated. After that, the molten silver released by Bill destroyed the island of Silver Mine and made it sunk together with its owner. Later, Tanaka informed Bill's destruction alongside Silver Mine to Tesoro, who stayed calm with this news.

Having discovered Myskina Olga, a girl from the lost island of Alchemi, Tesoro sent the notorious treasure hunter, Mad Treasure, after her in order to gain information on the whereabouts of the treasure, Pure Gold. Tanaka later reported to Tesoro that Treasure had failed and the Pure Gold was lost, but Tesoro was content with the wealth he already had. 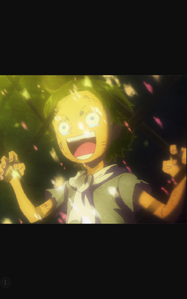 Gild Tesoro as a child 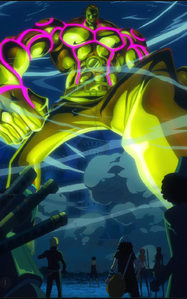 Tesoro in a giant golden armor