Eradicate all non-Ginger children and create a society in which Gingers reign supreme.

Make themselves immune to ridicule.

The Ginger Separatist Movement are minor antagonists in the animated TV series South Park. They are a terrorist organization motivated by a desire to promote Ginger supremacy. They first appeared in the Season 9 episode "Ginger Kids", where they were founded under the leadership of Eric Cartman. Despite being disbanded, they later reappeared in the two-parter episodes "200" and "201", this time led by Scott Tenorman.

The group made their debut in "Ginger Kids" when they were founded by Eric Cartman, who, due to a prank by Stan, Kyle and Kenny in response to his hate speech against gingers, had been led to believe that he himself was a ginger. Now faced with the same ridicule he had previously promoted, Cartman assembles all the ginger students in his school in an effort to reclaim their dignity. The group soon grew in size and become a genuine organization, called the "Ginger Separatist Movement". However, the organization soon devolved into violence, with the group notably assaulting a young girl for playing the role of Annie Warbucks in the musical "Annie", despite not being ginger herself.

Eventually, Cartman's previous rhetoric of wanting equality shifted into Ginger supremacy and the eradication of all non-Gingers. Though his followers were initially hesitant to carry out his orders, they obeyed, and thus went about abducting as many of South Park's non-Ginger children as they could, caging them in the Sunset Room at the Airport Hilton. The Hilton management set up a lava pit in the center of the room to appease the group, and Cartman orders for the captive children to be ritualistically murdered, starting with Kyle, the "Daywalker" (someone with red hair, but lacking pale skin and freckles). Before Kyle can be executed, he secretly reveals to Cartman that he was never actually a ginger. Cartman, realizing that if the other gingers discovered the truth, he would also be killed, quickly reneges on his previous rhetoric, and instead espouses peacemaking between the gingers and non-Gingers. The gingers, initially suspicious of Cartman's sudden change of heart, eventually agree to make peace and release the non-Gingers, joining them in singing "Hand in Hand".

Despite the group's dissolvement, they later reappeared into the two-parter episodes "200" and "201". Upon learning that the celebrities insulted by South Park are trying to get Muhammad to make themselves immune to ridicule, they resolve to capture Muhammad themselves to acquire his power. After killing Jared Fogle and Phil Collins in a car bomb, they demand that the residents of South Park hand over Muhammad, threatening to destroy the town with a series of bombs set around the town. However, the appearance of Mecha-Streisand caused the group to scatter. They later infiltrate Dr. Mephesto's lair and capture the Boys and Muhammad. It was then revealed that the new movement had been created by Scott Tenorman, Cartman's nemesis, who was using the group in order to exact vengeance upon Cartman.

Following the appearance of the Super Best Friends and Scott Tenorman's escape, the gingers were informed that Muhammad's goo could never make them immune to ridicule, and the only way to truly make themselves immune was through fear and violence. 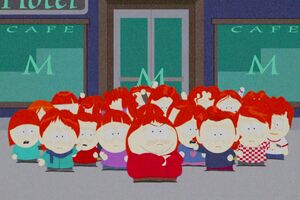 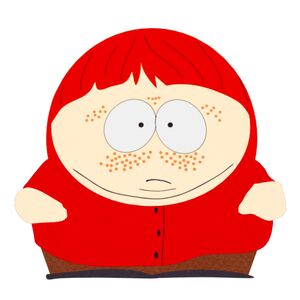 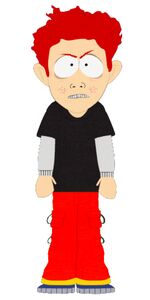 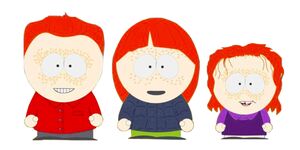 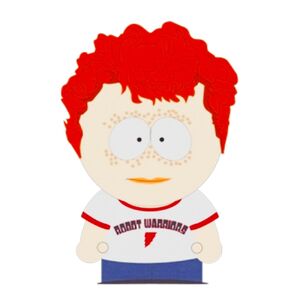 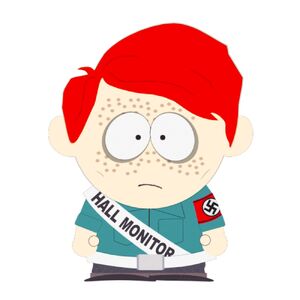 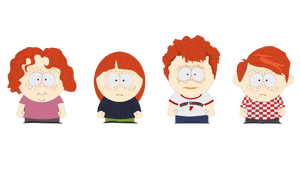 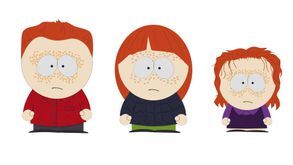 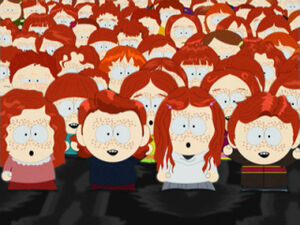 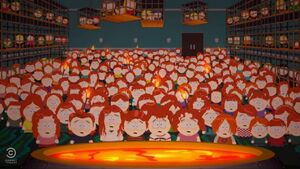 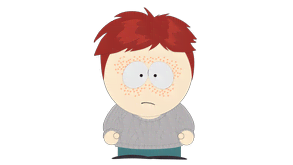 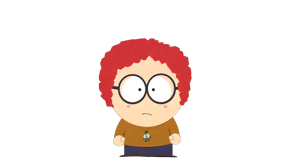 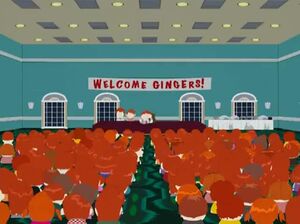 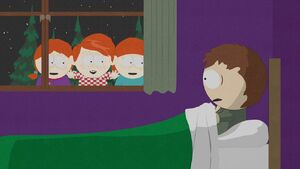 The Ginger Kids outside Clyde's window. 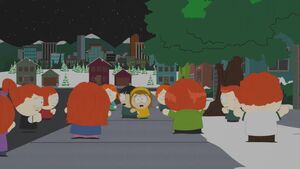