Torturing and killing others.

Get revenge on Sarah Leigh for tattling about his actions and causing his execution (first film).
Continue his reputation as a murderous cookie (first film).
Eliminate the workers at the movie studio (second film, all failed).
Escape from the test subject prison of the Study of Homicial Baked Goods (third film, succeeded).
Massacre the party guests.
Demolish the Roller Disco Beauty Pageant (both failed).

He was portrayed/voiced by Gary Busey in the first film (who has also portrayed Phil Cassidy in the Grand Theft Auto series and Joshua in Lethal Weapon), the late John Vulich in the second film, William Butler in the third film, and Bob Ramos in the crossover.

Millard Findlemyer first appeared in the movie Gingerdead Man, an unrated horror comedy parody of the classic children's tale of the Gingerbread Man, only while the Gingerbread Man was aimed at children, Gingerdead Man was not. Millard was an infamous serial killer/armed robber who attacked bakeries and stole from the cash registers while shooting all the customers and employees he came across. One day, he was caught and put on trial where one of his victims, whom he let live, served to testify against him. Thanks to the person's testimony, Findlemyer was found guilty and killed in an electric chair, but after his death, his equally evil mother brought him back to life as a possessed gingerbread man, so he could get revenge on the woman who testified against him in court. He returned and killed more people as the Gingerdead Man before being killed a second time. In the sequel, his mother brought him back again and sent him to Los Angeles, so he could try to find a way to transfer his soul into a human body and be reborn, so he could kill more people as a human again, but was stopped and burned to a crisp. However, as the movie ended, a homeless man ate his remains and became possessed. He return in the third movie Gingerdead Man: Saturday Night Clever. Their only salvation is to turn to help from the dastardly Bong. It is one tough cookie versus one bad trip mother when the two Titans of Terror hash out a war in the Bong World. The stakes have never been higher.

Gingerdead Man 2: The Passion of the Crust

NOTE: All of the murders were undone when the Gingerdead Man was defeated. 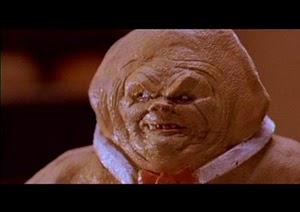 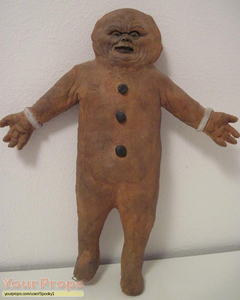 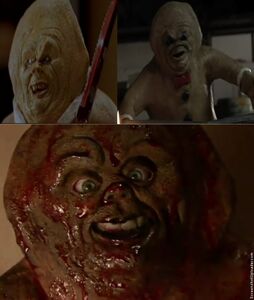 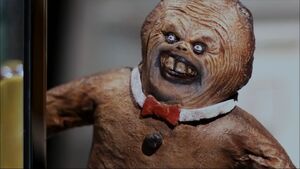 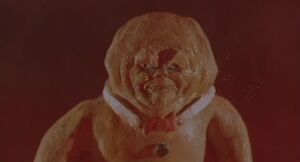 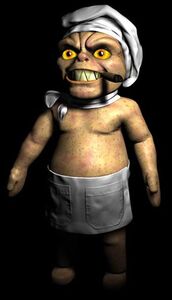