Playing with the lives of others.

Destroying planets for his Blood Game.

Ginis is the main antagonist of Doubutsu Sentai Zyuohger. As well Ginis is the ultimate villain of Ultra Super Hero Taisen. He is the Deathgalien's owner who oversees the Team Leaders directing their Players to attack Earth while he awards a prize to the winner of his Blood Game

He was voiced by Kazuhiko Inoue (who also voiced Kars) and physically portrayed by suit actors Naoko Kamio and Hideaki Kusaka (as Shin Ginis).

Ginis is considered to be one of the two most evil villains in Sentai history (the other being Radiguet), getting nothing out of destroying planets other than his own perverse amusement and hiding his secret. To Ginis, everything existent in the universe is an entertainment: he treats the attacks on Earth and making people suffer from them as another typical game which he previously anticipated on other planets and resulting in their destruction. Also, his uncaring nature is obvious, showed in the final episode when he backstabbed Naria after she tried to protect him out of loyalty and compassion.

He shares this self-interest trait with Long from Juken Sentai Gekiranger, who gains nothing from causing humanity's extinction other than his own amusement.

Discovering Earth's brimming with life, Ginis decided to introduced himself to Earth and created a barrier which would erase anything on contact.

He sent Naria in search for Bangray's actions on Earth intriguing, and decided to stop his commanders from sending more Players for the time being. Once Bangray was able to locate and lure out his prey, Cube Whale, Ginis launched an all out assault, attacking Bangray, the Zyuohgers, and Cube Whale. This drives Cube Whale into a berserk state, attacking everyone and escaping.

Ginis embarked on his hunt against Bud on Earth. Ginis noted that his seal had been broken. Azald later confronts Ginis, breaking his ties to the Deathgaliens despite indirectly support Azald.

Ginis killed her while attempting to kill the Zyuohgers to keep his secret. Though Zyuoh Eagle he loses Gift Custom's black box, Ginis reverts to his original form while enlarging himself, only to be easily defeated and obliterated by Wild Tousai Dodeka King at a cellular level. A pack of Moebas was among the Shocker army of the Game World led by Shocker Leader III, the boss of the Chou Shocker Taisen bonus stage. This army was ultimately wiped out by a combined force of Sentai Rangers and Kamen Riders; Ginis was destroyed alongside Raimein by Super Red Rangers.

Even though Ginis died and his Deathgalien contestants on Earth are destroyed, it does not mean that the universe is safe from Deathgalien: it is hinted that there are still surviving members of Deathgalien in other parts of universe and they continue to wreak havoc across the galaxy. Eventually other Deathgalien members will reach Earth and Zyuohger must be ready for them. 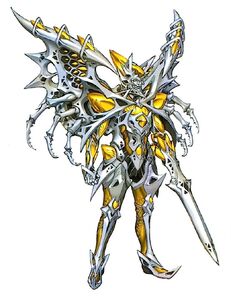