The Giraffe Orphnoch was among many other revived monsters who were part of the Dai-Shocker army in the World of Decade that fought a gathering of 25 Kamen Riders. 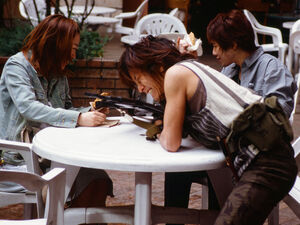 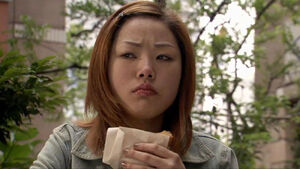 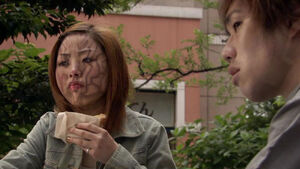 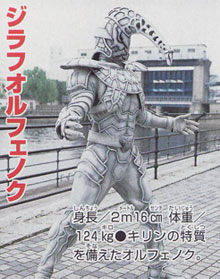 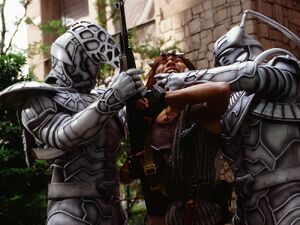 The Giraffe and Longhorn Orphnochs attacking a human resistance member.