Imperialistic Control Freaks
The Gittish Empire is both an evil faction and a region in Dragon Quest IX. The empire serves as the chief antagonist in IX.

The Gittish Empire is the antagonistic, oppressive, and hegemonic organization of Dragon Quest IX Its goals went beyond territory expansion and world domination, as they also held a Celestrian-capturing campaign - in which they hunted for and imprisoned the guardian angels of neighboring towns in an attempt to get the fruit of the World Tree, the Fyggs.

What was once a fair monarchy, the dynasty of Gittingham descended into a despotical dictatorship with the tyrant King Godwyn, son of the late King Godfrey, at the head. 300 years prior to the story of IX, the Gittish Empire attempted to conquer the world after allying with the evil dragon Barbarus. Believing themselves to be superior to the rest of mankind, they conquered and burned down countless lands and demanded money and women from those they conquered. However, the entire empire was eventually destroyed by Greygnarl and his allies.

300 years later, the empire was revived, ironically, by one of their victims named Corvus. Though their members now are all mutated beasts or revenant ghouls. However, resurrected members of the empire are unaware that they have died and continue with their global conquest as if they were still living beings.

The Triumgorate is the collective name of three Lieutenants who serve and protect the House of Gitt. According to their descriptions and context, they once were humans who were killed by the sacred dragon Greygnarl. When a mysterious menace brought them back to life, they reincarnated as the humanoid animals they are best known as. Lieutenants Goresby-Purrvis, Hootingham-Gore and Goreham-Hogg are faithful followers of the House of Gitt.

Along with King Godwyn, they were resurrected by Corvus out of spite for mortals and Celestrians. The fallen Celestrian resurrects the trio yet the second time (without King Godwyn this time) to face the hero/heroine on his/her way through the Realm of the Mighty.

Lieutenant Goreham-Hogg is one of the members of The Triumgorate and a major villain in Dragon Quest IX. The Triumgorate is a trio of Lieutenants who serve the House of Gitt and were resurrected by the main antagonist as animals, along with the evil King Godwyn, the current monarch of said royal family.

After his resurrection, Hogg now resembles a pig-like monster and is known for fighting using brute force. It's no wonder he posesses the greatest strength of the Triumgorate members; he attacks using a mace ball which not only causes some massive damage, but can sometimes leave the player confused. He Uses a mace and his brute strength to fight and is in charge of looking after rebel prisoners.

Lieutenant Hootingham-Gore is second of the members of the Triumgorate and a major villain in Dragon Quest IX. The Triumgorate is a trio of Lieutenants who serve the House of Gitt and were resurrected by the main antagonist as animals, along with the evil King Godwyn, whom they currently work under.

Hootingham was resurrected as a humanoid owl (or rather, a humanoid with an owl for a head) and is easily the most cunning and merciless of the Triumgorate members. His specialty is magic and knows various elemental as well as recovery spells, he can even resurrect the dead. He shows no tolerance to failure, like when he finished off a Fright Knight who failed to fulfill his mission and was defeated by the Hero/Heroine.

Lieutenant Goresby-Purrvis is third member of the Triumgorate and a major villain in Dragon Quest IX. The Triumgorate is a trio of Lieutenants who serve the House of Gitt and were resurrected by the main antagonist as animals, along with the evil King Godwyn , their current master.

Purrvis was resurrected as a humanoid leopard and is the most honourable of the Triumgorate members. He fights with a katana and is really skilled at using it. His speed is also quite remarkable, as he can slash at the player twice per turn.

The honourable leopard returns one last time as a ghost in front of the Gittingham Palace in one of the Extra Quests for a final request to the hero/heroine: To put the soul of the original ruler, King Godfrey, to rest. or that, the main character must reach the throne once again and battle King Godwyn's father. After defeating him and his soul being put to rest, Purrvis is also put at ease and rises to the afterlife. He holds great respect for a worthy opponent. 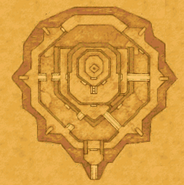 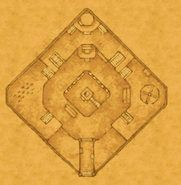 Gortress
Add a photo to this gallery

Retrieved from "https://villains.fandom.com/wiki/Gittish_Empire?oldid=3465307"
Community content is available under CC-BY-SA unless otherwise noted.