He is the Don of one of the largest, most influential groups of the Sicilian Mafia. He is responsible for kidnapping Father Emilio Vittorio under the order of Sergei Zavorotko, which forces Agent 47 out of his retirement,

Guilliani was brought up in a mafia family of Sicily. His upbringing in mafia family feuds had direct influence towards his rising as the capo di tutti capi on this island, and he had purged all of his competitors so that he could rise to the power.

He forever changed the course of organized crime history on Sicily and has won a legacy that will live for centuries, but he had grown complacent in the progress.

Don Guillani has a son, a lawyer and a brother as well as lot of armed bodyguards in his villa. The Don frequently enjoys playing golf. He can be often seen on his balcony practicing with his club.

After Sergei Zavorotko approached him to strike a deal, Don Guilliani carried out his order to kidnap Father Vittorio, forcing 47 to restart his hitman business in order to save the mentor of his renewed life. 47 successfully killed Guilliani, but he discovered that Vittorio has already been taken away from the villa by Sergei and his minions. 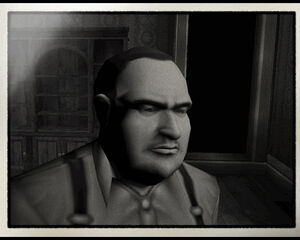 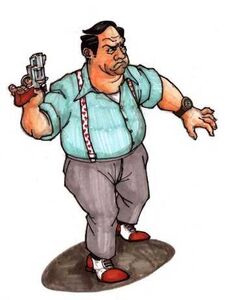 Concept art for Giuseppe Guillani.
Add a photo to this gallery

Retrieved from "https://villains.fandom.com/wiki/Giuseppe_Guillani?oldid=4207928"
Community content is available under CC-BY-SA unless otherwise noted.