To Kill the Hulk.

Major (later Colonel) Glenn Talbot is a character appearing in Marvel Comics as an enemy of the Hulk. He was a close compatriot to General Thaddeus Ross and an active participant in his operations to kill the Hulk. His most significant blow was discovering and informing his superiors that Dr. Bruce Banner physically transformed into the Hulk, which made the scientist a wanted fugitive.

Glenn Talbot was created by the late Stan Lee and the late Steve Ditko, and first appeared in Tales to Astonish #61 in November of 1964.

Glenn Talbot was a military man who for many years hunted The Incredible Hulk while under the command of General Thaddeus "Thunderbolt" Ross. In addition to hunting the Hulk and being appointed head of security for Gamma Base where Ross was the commanding officer, Talbot was brought to the base for two other reasons, both of which were at the General's own behest: the first was to keep a close eye on civilian scientist Bruce Banner, whom Ross and Talbot suspected not only to being a traitor because of Banner's constant disappearances, which, unknown to them at first, was due to his uncontrollable transformations into the Hulk (the result of Banner's full exposure to Gamma Radiation unleashed from his Gamma Bomb after rescuing a teenager named Rick Jones from the restricted test area), who prowled the area near the base, but they also both believed there was some mysterious connection between the two.

The second reason was for Talbot to win the love of the General's daughter Betty Ross, who was in love with Banner. General Ross, who intensely hated the slim young Banner all together, whether he was a traitor or not, objected to Betty's love for him because he felt that Banner was too timid emotionally and physically. Ross believed that Talbot, a real military man like himself, would be a much better suitor for his daughter. Talbot's romantic efforts later redoubled when he (and the rest of the world) later discovered that Banner and the Hulk were one and the same. He finally succeeded and married Betty all the while attempting to keep her away from Banner and the Hulk.

Then, while on a mission he was taken hostage by the Gremlin and made a mindless husk upon his rescue. In order to unblock his mind, Doctor Leonard Samson had the Hulk (who was Banner under control by a special helmet) unblock what was keeping him in a mindless state. The process was a success. However, Talbot's marriage to Betty later became strained.

Yet he did take a leave from Gamma Base and soon divorced Betty, who later admitted to Rick Jones that she had never stopped loving Bruce Banner. Talbot continued battling the Hulk and tried to have Banner court-martialed. When General Ross had a breakdown, Talbot was promoted to Colonel. His life remained relatively uneventful until the Hulk stormed into Gamma Base, looking for his deceased love Jarella, who was still cryogenically frozen.

It was revealed Talbot had fired a ray gun that sent the Hulk to the Sub-Atomic universe. This incident was the final straw in his already deteriorated relationship with Betty. Soon Congress cut funds from Gamma Base and Talbot decided once and for all to stop the Hulk by using the War Wagon. Glenn Talbot was killed fighting the Hulk in Japan while piloting the War Wagon prototype. Recently, however, he was seen alive and well, in the company of Betty Ross; at the time, the circumstances of his apparent resurrection were not revealed.

As the attempted coup d'état of Washington, D.C. takes place, Major Glenn Talbot appears on national TV as part of the Intelligencia's plan to seize control - only to be revealed as an L.M.D. himself when the Red Hulk decapitates him. This L.M.D. was so thoroughly reprogrammed that it believed itself to be the resurrected Glenn Talbot, complete with all of Talbot's memories including his love for Betty Ross. The real Talbot is presumed to have remained dead all this time. During the Chaos War storyline, Glenn Talbot returns from the dead after what happened to the death realms.

When Cable returns from a possible future and starts taking out Avengers, he first believes the Red Hulk to be "Talbot" until realizing it is Thunderbolt Ross who quotes that he is someone that Cable hasn't fought. Also in A+X issue 1, future versions of Wolverine and Hulk (resembling Maestro and Old Man Logan) speak to the President of the United States who resembles a Red Hulk with Talbot's mustache. 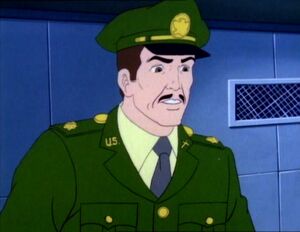 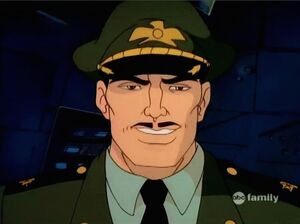 Glenn Talbot in The Incredible Hulk. 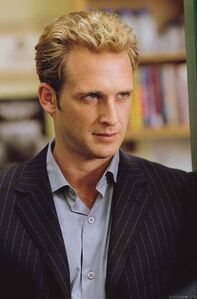 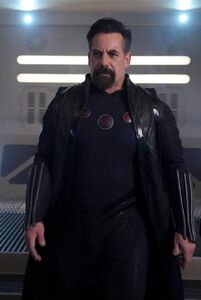 Glenn Talbot as Graviton in Agents of S.H.I.E.L.D.