Major of the U.S. Military

Use a sample of the Hulk's skin and make a fortune.

Major Glenn Talbot is the secondary antagonist of the 2003 Marvel film Hulk.

He was portrayed by Josh Lucas.

Glenn Talbot is a former millitary officer-turned-bioscience executive at a company that is also a politically powerful Defense Department contractor. He is a long-lost acquaintance of Betty Ross (who knew him back when she was in college, and he was an officer under Gen. Ross' command). This Talbot is ambitious, pushy, and obsessed with making a big fortune quickly; he targets Betty and Bruce's lab for hostile takeover if they keep refusing his offers to quit the lab in order to work for his firm.

Later in the film, he becomes bent on getting a tissue sample of Hulk for military "super-soldier"-type applications. Throughout the film, his attempts to bully Banner constantly result in his being thrashed by the Hulk. After Thunderbolt Ross takes Bruce away to a secret underground base, Talbot talks the NSA into giving him control of the situation so he can experiment on Banner. After incuding a transformation, Talbot begins the tissue extracting process, but fails when, even in the early stages of transforming, the Hulk's skin is too resilient and he manages to break free. Ross shuts down Talbot's experiments and orders a full evacuation of the underground detention center. However, Talbot ignores Ross and orders for a lockdown. Talbot then tries to extract a sample of Hulk himself after his men have immobilized the Hulk with containment foam, but when the Hulk enlarges his eye area where Talbot was aiming, Talbot fearfully hesitates and is knocked down by the Hulk slowly but surely breaking out of the foam. He fires an M2 explosive round at the Hulk, and it ricochets off of the Hulk's impenetrable skin and back towards Talbot, resulting in his death. 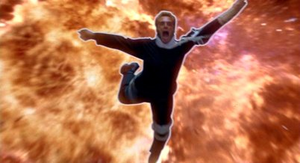 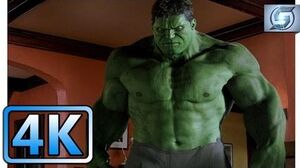 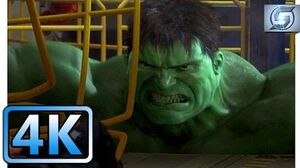