Control over graphics of video games.

Cause glitches in the Angry Video Game Nerd's video games.

Cause glitches throughout the Nerd's game room (both succeeded).

The Glitch Gremlin, also known as the Game Graphic Glitch Gremlin, is a villain who appeared in the Game Glitches episode of the Angry Video Game Nerd. In order to annoy the AVGN, he glitches up video games (mostly NES games, due to them being known for glitching up). His biggest fears are Q-tips and cleaning solution as seen in the episode.

He is portrayed by Kevin Finn.

The Gremlin later makes a brief cameo causing a glitch in Zelda II review. He is also featured as a power-up used to momentarily freeze enemies and hazards in The Angry Video Game Nerd Adventures.

Game Graphic Glitch Gremlin can be briefly seen on a TV screen in the film adaptation.

The Gremlin is mentioned in the episodes Big Rigs: Over the Road Racing and Super & Virtual Hydlide. He is also seen in the episodes EarthBound and Tomb Raider Games through archive footage. 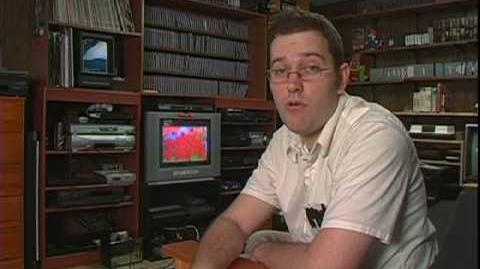 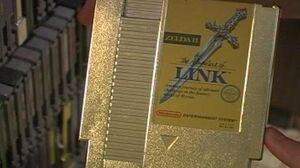 Retrieved from "https://villains.fandom.com/wiki/Glitch_Gremlin?oldid=4117469"
Community content is available under CC-BY-SA unless otherwise noted.