Take over the east coast
(succeeded).

Traitorous Terrorists
Globex Corporation, or Globex, is a villainous organization in The Simpsons cartoon. It only appears in the episode You Only Move Twice.

The Globex Corporation is a high tech company that owns the suburban town of Cypress Creek. All of the employees and their families are residents in Cypress Creek.

Homer Simpson was a valued employee. He decided to quit though, and returned to Springfield with his family.

Globex consists of an open work environment. The employees are allowed to dress in casual clothing. The complex contains a fitness center and much greenery. There are very few walls because Hank doesn't believe in them.

Part of a nearby mountain is connected to the company. It houses a large chamber consisting of terrorists. The chamber contains a large doomsday device that Hank uses to successfully take over the east coast. His office is located inside the chamber. 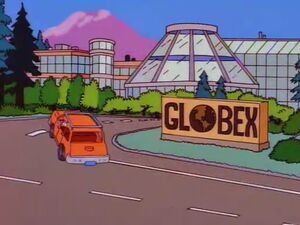 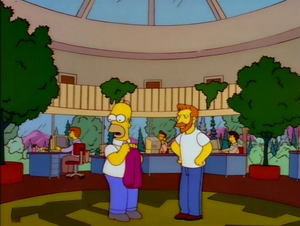 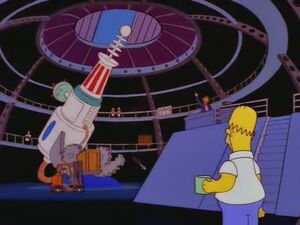 Terrorist chamber
Add a photo to this gallery

Retrieved from "https://villains.fandom.com/wiki/Globex_Corporation?oldid=4152916"
Community content is available under CC-BY-SA unless otherwise noted.